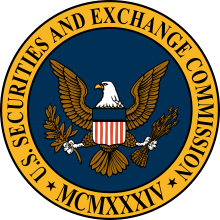 Yesterday there was a story in my local paper about how an old story about the United Airlines Bankruptcy in 2002 was reposted as new last week by a Florida paper. Some people got very excited and the price of United Airlines stock shares crashed. Now the SEC (Securities and Exchange Commission, NOT the South East Conference) is looking into it. WTF? (Could not find the story on my local paper's website, but here is the New York Times version).

I remember reading about another incident some time ago where a kid (a high school student I think) was posting "advice" to invest in a stock. When the price was high enough, the kid cashed in his shares and left the suckers holding the bag. The SEC came down on him like a ton of bricks.

If it is illegal to take advantage of people's built in psychological weaknesses, then just about any kind of marketing and advertising should be illegal. If people want to act on unverified rumors from an unknown source, I say we should let them. If they don't have any common sense, then they shouldn't be trusted with money and it should all be taken away from them before they hurt somebody. Having the SEC step in to protect idiots is contrary to the basic tenets of evolution.