There was an article in the local paper yesterday about some "power sharing" going on down in old Rhodesia. (I couldn't find the article on my local paper's web site. What's the matter with you guys? But I found a similar one here.) One of the sharee's got the Army, and one got the Police. I imagine that's going to work out just fine. 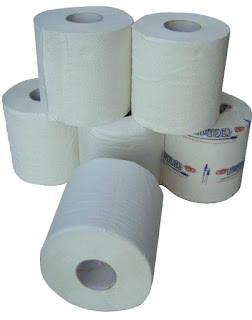 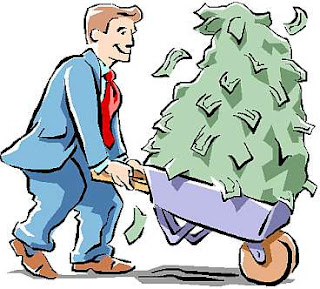 The "official" inflation rate is eleven million percent. What? Why not just say the money is worthless? If a cup of coffee cost one Zimbabwe dollar yesterday, it is going to cost Z$300 today, and Z$90,000 tomorrow. By the end of the week all the money in country won't be enough to buy a cup of coffee. As Elliot said at lunch, if you have a wheelbarrow of money and wheelbarrow of Charmin, you use the money first.

Update: I got to thinking about the daily inflation rate and I realized it wasn't 30,000% (which is what you get when you divide 11 million by 365), but the 365th root of 11 million, which comes out to 1.05, which is like five percent per day. So while your cup of coffee will only cost Z$1.05 today, by the end of the month it is going to be closer to Z$4, and after two months it will be Z$16. Wikipedia has an article about the Zimbabwe dollar, and it is a little mind boggling. I can't imagine why anyone would even consider the currency to be worth anything, much less worth documenting it to such an extent. Here's the "money"(har, har, har) quote:


On 29 May (2006), Reserve Bank officials told IRIN that plans to print about ZW$60 trillion (about US$592.9 million at official rates) were briefly delayed after the government failed to secure foreign currency to buy ink and special paper for printing money.


Update: I just came across the print article from my local paper. It has an Associated Press byline, which is why it's not on the Oregonian's website. AP is charging now for that sort of thing.

Email ThisBlogThis!Share to TwitterShare to FacebookShare to Pinterest
Labels: Africa