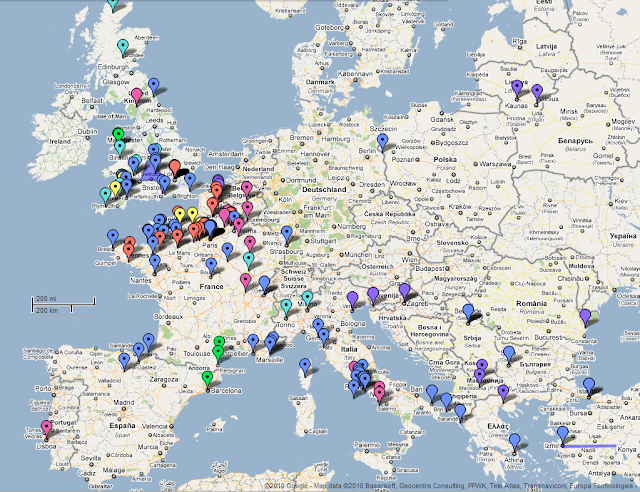 Started looking at Google maps, realized I had a bunch of maps I had created that marked places mentioned in books. Further realized a lot of these places were in Europe, so I pulled them all up, one after the other, and this is what I saw. However, what you see here is just a picture, none of the placemarkers in this image are live. Theoretically I could create this map with live placemarkers, but I would have to export all of the various component maps, edit the resulting KMZ files, and then import the combined KMZ file back into Google maps. That is more work than I am willing to do right now. Evening listing all the seperate maps that went into this map is more than I want to do.

I sometimes do that for timelines, WHEN things happened.