Left a little after 8 this morning, got back home 12 hours later.

Kathryn accidentally makes an impression of her pendant on her arm: 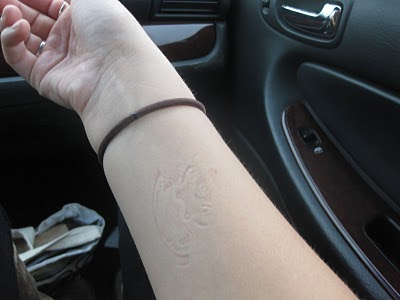 Saw this sign in Eugene. Fast Emergency Room Service? Just in case you are dying and really need some help? 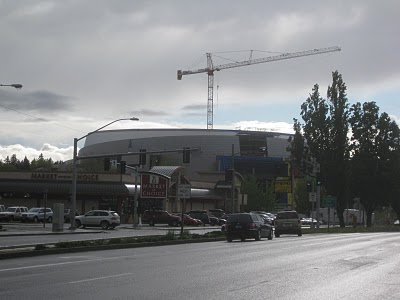 Snow storm on the way home: 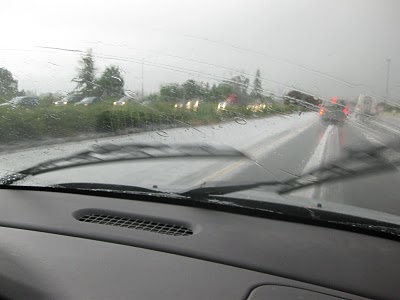 Actually, I think it was sleet. It rained intermittently all the way home. It would come down in buckets for a minute, and then it would be dry for five minutes, and then it would pour again. One of those downpours left this white stuff on the ground.

Big ol' diesel pickup comes flying by. Has to slow down for traffic. Nothing unusual about that. 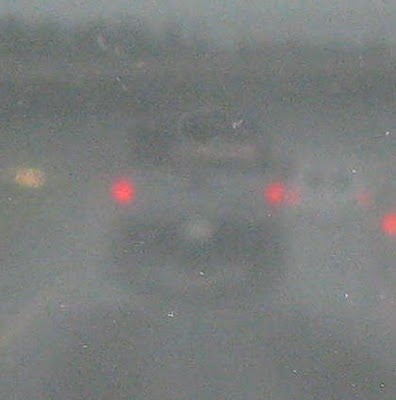 But then he steps on the gas and this huge cloud of black smoke appears. (I know it's not a great picture, but where'd the right taillight go?) I've never seen anything like it, except maybe when they set off some fake munitions at the air show a few years ago. Think he might need a tuneup. 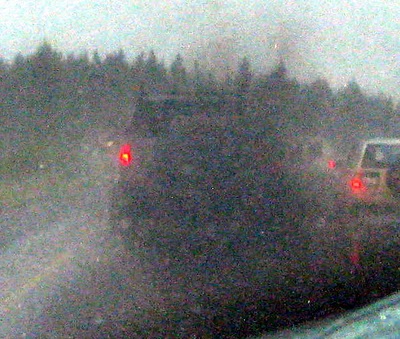