Friday I got an email from TireRack saying my tires had been delivered to H-M Motorsports. Cool. Friday goes by and no phone call. That's okay, I'm busy. Monday morning I give H-M a call, and, wait a minute, let me check, um, we have two tires with your name on them. Not cool. Call TireRack, put on hold, thank modern life I have a speaker phone. I don't know why, but it doesn't seem nearly as obnoxious to listen to endless whatever-you-get-when-you-are-on-hold if it is coming over a speaker phone. If I have to use a handset it drives me batty. Whatever. Two minutes go by and the woman who answers the phone knows my name! No miracle, right? Everybody and their mother has caller ID now, right? Well except for the phone company and the internet company. The two outfits who you would think would be up on technology don't seem to be able to find . . . , never mind, we won't go there, it's not nice to pick on the handicapped. 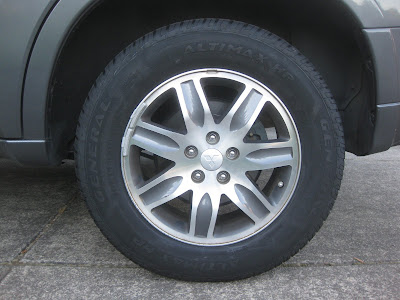 Anyway, the nice lady at TireRack figured out what the problem was and dispatched a electonic ass boot to get things corrected in less time than it took me to tell you about it. Later that afternoon I got a call from H-M, they have the tires and they would be happy to put them on tomorrow morning. Got the tires mounted no sweat. Noticed a little later that a couple of tires had much bigger wheel weights than the old ones. Two tires got by with little weights, but two got big honking weights. Weird.

This morning my wife calls from downtown Portland and her car, the car with brand new tires mind you, is dead. No lights, no indicators, no motor, no nothin'. What's gone wrong? Car is five years old - Voila! The battery has died. Stuff a double handful of tools in my bag, head over to Batteries Plus in Beaverton (my new favorite store), pick up a new Ray-O-Vac battery, and head downtown. (When did Ray-O-Vac get into the car battery business? I always liked the name, I don't know why they couldn't compete with the likes of Everyready and Duracell.) 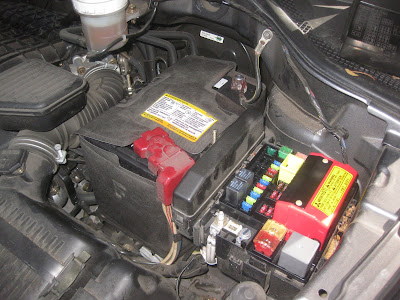 Get there, open the hood and something is ticking away. It sounds exactly like a time bomb from a movie. What the heck? I open the fuse comparment and locate the offending relay and pull it out. Now the big red ECM module (why does a car have an Electronic Counter Measures module?) starts making clackety noises. I'm starting to worry now. I pull it out and finally we have silence. So what's going on? Have I got some kind of inscrutable electrical malfunction? All this stress is making me hungry. I decide I need a coffee and some breakfast. I find The Sultan cafe nearby. They have a nice selection of standard breakfast pastries. I have a Danish. In a Turkish cafe.

Refreshed, I realize all the clicking and clacking may just be a side effect of the dead battery and decide to go ahead and replace it. All it takes one 10 mm wrench. Same size wrench for the battery terminals and the battery hold down bolts. Only odd thing is that the battery is wrapped in some kind of blanket. I cannot imagine what purpose it would serve. No matter, new battery fixes all problems, we are good to go.

Now to deliver the car to my wife. She is taking a class at 23rd & Vaughn. 23-something-er-other. I am expecting to see a school, or a school administration building, along with a parking lot with a hundred cars. Nothing there. The North side of Vaughn is industrial establishments and the freeway. The South side is trendy little stores and peoples homes. Where could she be hiding? I drive around for at least an hour, exploring all the by-ways and back streets in the area. It's not bad, I don't have any place I have to be, and there is lot's of cool stuff around here, so I don't mind, but after awhile it's starting to bug me.

Finally I pull into a Kobos coffee store and ask the people there if they have any ideas. One guy suggests the Holiday Inn next door. Could it be? I walk over, walk through the lobby and open the door to the first conference room I come to and there she is!

Why didn't I think of this? I saw the Holiday Inn, but some reason I just blocked it out of my mind. Teachers wouldn't be having a class in a Holiday Inn, that just smacks of extravagance, something school administrators are loath be connected with.

So it all worked out OK.

Here's some pics of some of interesting stuff I saw while I was wandering around. 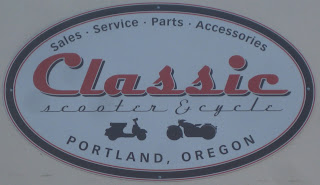 I also ran across a place called Sniff. It's a dog hotel. Very fancy. I took one pic, but it didn't come out.

Posted by Chuck Pergiel at 7:35 PM

Blanket around battery is to keep it warm in the winter weather, maybe?

OK, but does the battery heat itself?

Recondition Your Old Batteries back to 100% of their working condition
https://zbatteryreconditioning.weebly.com/