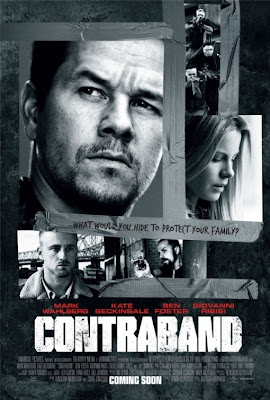 An entertaining movie with a bunch of pluses and minuses. The plot involves smuggling on a container ship. On the plus side, the amount of detail they put into what goes into the smuggling operation is impressive. On the minus side, it strikes me as ridiculous. If you want to smuggle something into the U.S. in a container, slip your contraband into a container full of legal merchandise, and simply wait for it to be delivered. You certainly don't remove your cargo from the container when it is on the ship and hide it somewhere in the ship itself. Too much risk of exposure, too many people would have to know about it, and then you have to get it off the ship when you reach your U.S. port. The real trick with smuggling stuff in a container is having a low profile. You want to look completely legitimate. Evidently this is trickier than it sounds, otherwise the drug cartels would not be building their own submarines to smuggle drugs into the U.S.. Or maybe they are just control freaks and do not want their merchandise out of their control for even a second. I suspect that is the more likely reason.


The armored car heist in Panama was insane. Our heroes are only in town for a few hours, just long enough for the ship to unload some containers and then load some more, and it just so happens that the people they are dealing with in Panama have planned an armored car heist that is going to happen RIGHT NOW, and our heroes are going to help. The heist starts with our heroes stopping the armored car (by putting their van in the way and getting smashed). One of the bandits runs up and slaps an explosive charge on the back of the armored car. He turns and runs, but not far enough or fast enough. The explosion catches him and knocks him off his feet, at least. These guys are obviously professionals (that's sarcasm there). The heist would have gone a lot smoother if the heist master hadn't stopped to cut the painting out it's frame. Just take the whole frame and run, seconds count, idiot. But he doesn't run. He stops and cuts the picture out of the frame, which gives the entire army time to show up, and everybody gets killed. Except our heroes, of course.

Then there are the double and triple crosses, the threats and the counter threats.

How did they get the contraband into the U.S.? It was sealed in plastic, presumably water-tight plastic. They weighed it down with weights made with salt and dumped it overboard. After a few hours / days / weeks, the salt dissolves, the weights become weightless, and the contraband floats to the surface where it is picked up by our crew in small boat. A very risky technique. Who knows how far the stuff would drift on it's way to the bottom, or on it's way up, or even how far it would drift while sitting on the bottom. Would you even be able to locate it when it popped back up? I think you could make a entire movie about this one operation. Plus you wouldn't want to drop in a shipping lane. There would be too much danger of it getting run over by another ship when it popped back up. But how are you going to not drop it in a shipping lane? You are on a ship, traveling in a shipping lane. Maybe if you were ten or twenty miles offshore, your odds of not having your contraband run over by another ship would be better.
The sequence of events when they return to New Orleans is a little sketchy. When Andy sees their welcoming committee he runs, even though they know they are going to have to deal with these people. Chris (Wahlberg) breaks the window of a truck with his elbow (he must have elbows made of sharpened carbide steel), drags the driver out and procedes to beat the tar out of him. The driver has friends in the truck, with guns. What does Chris think he is doing? At the very least they should have beaten the tar out of him in return. And then he calls the cops on them. He should have shot them. This proper justice for scum is ridiculous. It is a waste of time and money to arrest and prosecute these people. Plus it is very unsatisfying for everyone watching the movie. Especially me.

It's kind of interesting that all the shooting and killing took place in Panama, and all the beating and threatening and arresting took place in the U.S. Are the movie makers trying to tell us something?

Customs agents come across the $140 million Jackson Pollock canvas in the back of the van twice, and both times dismiss it as a painting tarp. Somebody should put some painting tarps on display and call them art.

There are a couple of shots of the some of the more impressive skyscrapers in Panama City. That place is jumpin'.

Why did they buy/bid for the van back in the States? They did not know the value of the contents until the drug dealer alerted them.

I don't remember that part, and I don't think I will watch it again. Well, not unless I can't sleep.