Why am I writing about this? So Putin visited a factory way out in the boonies. That was nice of him, traveling all the way to far, far Eastern Russia. Good PR, but why? The United Aircraft Building Corporation, AKA the Komsomolsk-on-Amur Aircraft Production Association is there, that's why. It just so happens they build the jet fighters designed by Sukhoi. I never imagined that Russia would have any outfits with that much technical sophistication so far from Moscow. 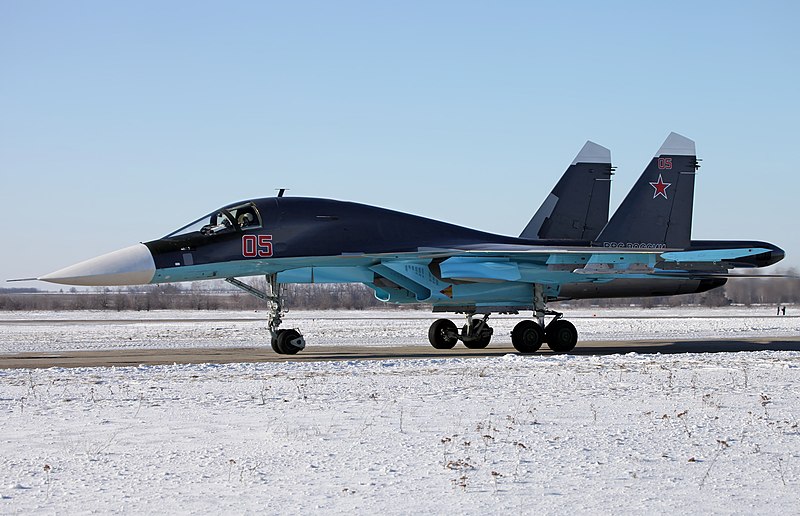 The other reason is this satellite view of the area just to the South of town. I don't think I've ever seen an area that looked more like a modern abstract painting.

Update October 2016 replaced missing picture with what I hope is something similar.
Posted by Chuck Pergiel at 11:47 PM