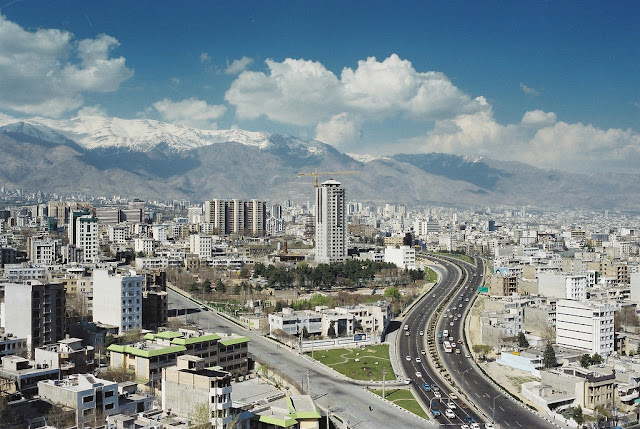 First there was the story about Iran's new jet fighter. Then there was a story about an underground explosion at the Fordo uranium enrichment facility. Lastly there was the story about launching a monkey into space. The story about the jet fighter might be true, but I still don't know where they are getting engines for it. The other two stories seem to be tall tales. Lies, if you will. The story about the underground explosion comes from some dude who has a reputation for reporting unverifiable events. The story about the monkey, well, it's pretty well told, but it's not convincing, and because we're talking about Iran, there's no way to verify it.
Since the only thing I hear about Iran is from Western sources, and all they talk about is the bunch of nut cases (President Dinner Jacket and the Muthas of Mohammud) running the country, I imagined Iran as another Afghanistan, full of towel-headed camel jockeys carrying AK-47's and living in mud huts. As you can see from the picture above, that is not the case, well, at least not in Tehran. It's a modern city on par with any other modern city in the world, full of cars, freeways, skyscrapers and pollution. It was a bit of a shock when I found out.

Posted by Chuck Pergiel at 9:22 PM