A few days ago we had this: 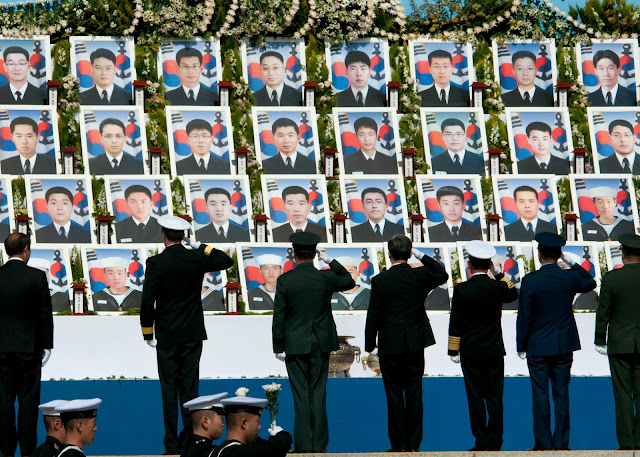 DAEJEON, Republic of Korea - March 26, 2013. Military leaders at a memorial ceremony for sailors lost in the sinking of the ROKS Cheonan. 46 Sailors died when the ROK warship was destroyed by a North Korea submarine three years ago in the Yellow Sea. U.S. Navy photo by Joshua B. Bruns.

Now we have fatso saying that North Korea has entered "a state of war" with South Korea a day after he threatened the United States because two American B-2 bombers flew a training mission in South Korea. 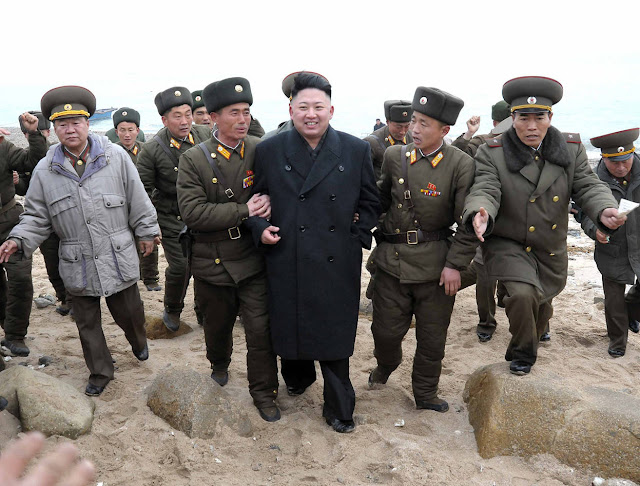 Why are the soldiers on either side of him holding his arms? If it was just this one photo I wouldn't think too much about it, but I have seen several other photos that are similar. 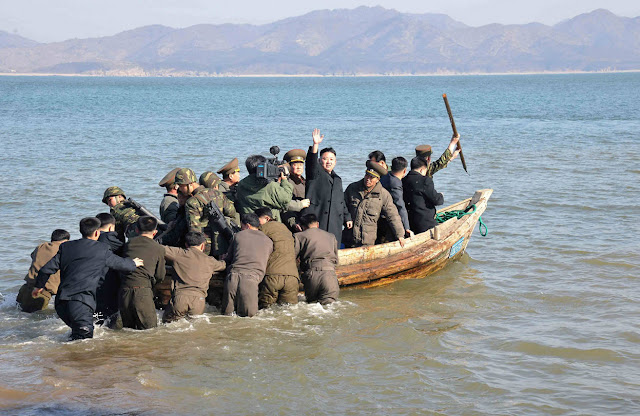 I really like the high quality boat he is using here. Does this mean he is a man of the people?

For comparison, here is a ship being loaded with rice in South Korea. 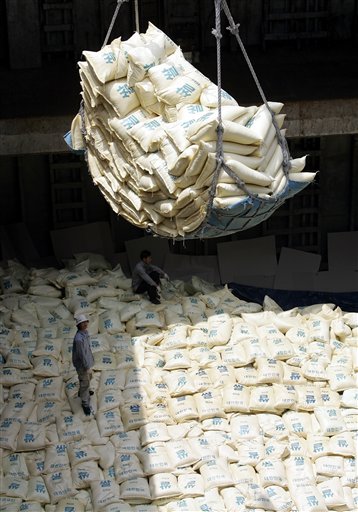 For some reason I thought the North and South Korean military were in constant state of high alert, which would exclude any kind of trade or movement of people. That doesn't seem to be the case, witness this scene at a border crossing. 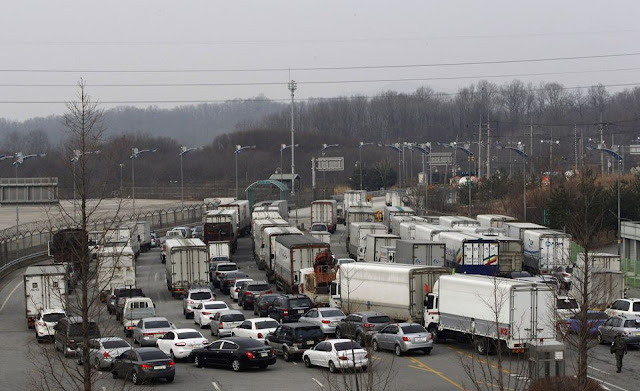 Looks more like the border crossing between Juarez, Mexico and El Paso, Texas.

Many Koreans would like to see their country reunited. These ribbons hanging on the border fence bear this sentiment. 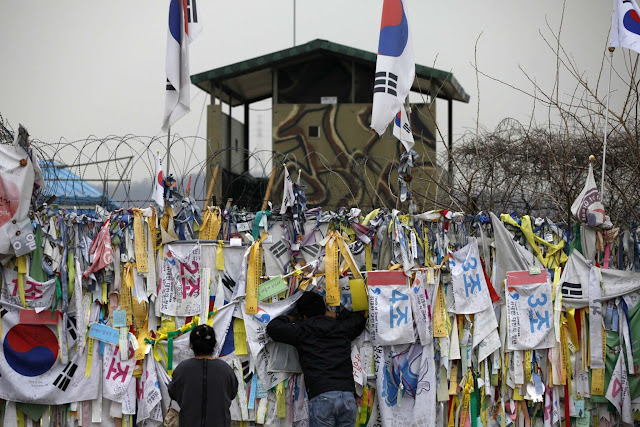