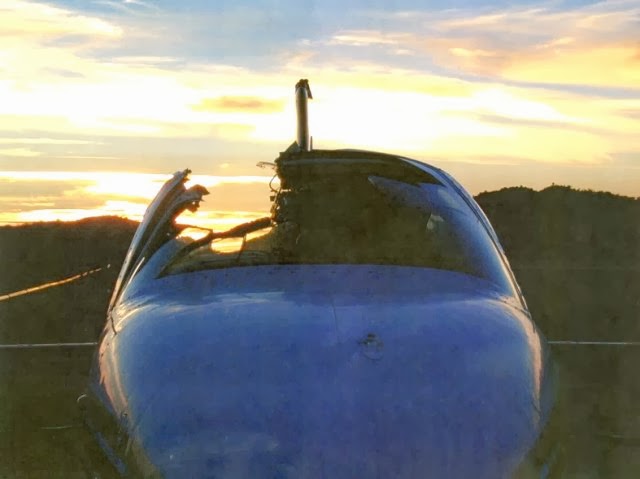 According to the National Transportation Safety Board (NTSB) preliminary report on the accident:

On January 16, 2004, about 1415 Pacific standard time, a  N61691, and a  N555RD, collided about  miles west of Tehachapi, California. The Cessna was destroyed, and its airline transport certificated pilot was fatally injured. The Beech was substantially damaged, and its private pilot received minor injuries.

The Beech pilot reported to the Safety Board investigator that, at the time of the collision, he was in a cruise climb. His altitude was over 5,500 feet mean sea level (msl) but less than 6,500 feet msl. Less than a second prior to the collision he observed the right landing gear of an approaching airplane in his  position. He then ducked in a reflex-like manner and the collision occurred. The Beech pilot observed a dirt airstrip near his location, and he made a precautionary landing.
Text borrowed from Snopes 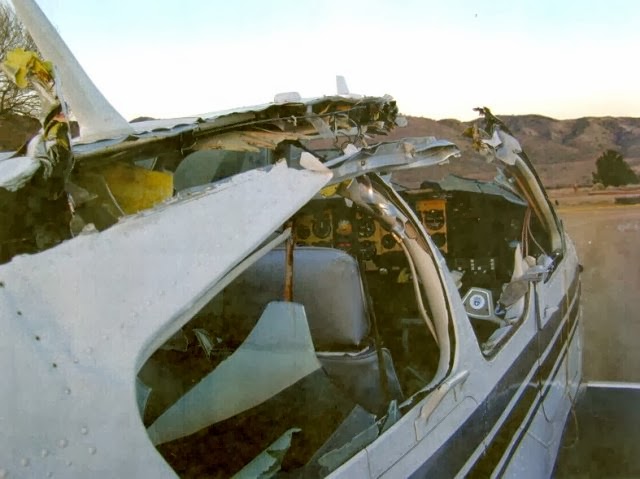 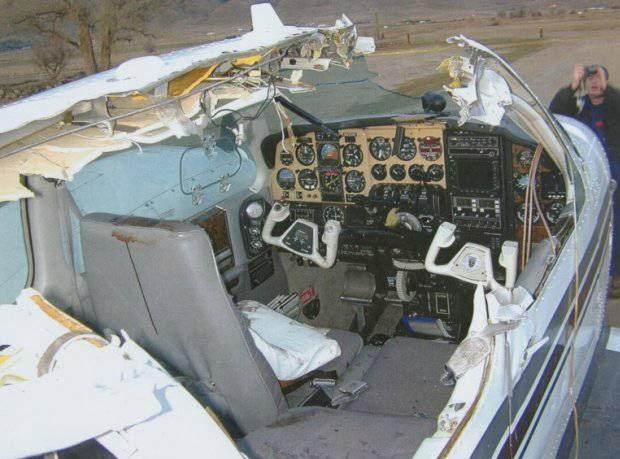 Photos arrived in an e-mail from Posthip Scott this morning attached to a story with the tag line:
"Meeting a goose at 11,000 ft. doing 185 knots can ruin your whole day."

Testament to this assertion is provided in the movie The Edge:
The Edge was a pretty terrible movie with a lot of really neat scenes in it. I thought I wrote something about it once before but I can't find it now. Anthony Hopkin's character is the only one that displays any sense. Fortunately the dumbkoffs get killed off, though we have to put up with Alec Baldwin's dummy until the very end.
Also found this video about how they filmed the plane crash for the movie. The narrator is really annoying. Does anyone really enjoy this kind of breathless enthusiasm? Shooting the plane crash was quite a production.

I'd have shat my pants!