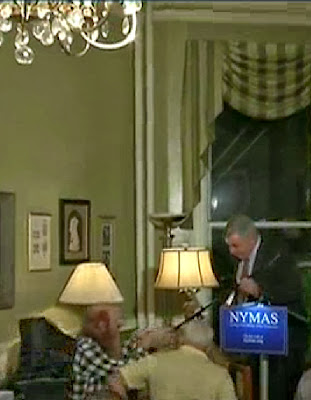 Iowa Andy, who may not be in Iowa anymore, reports:


Just watched a humorous C-SPAN history program. an author who had written a book about the USA economics of World War II. What was funny, his New York City audience were 90-year-old economic wonks, a very argumentative group, questioning sources, who said what when, when shipyard contracts were initiated/cancelled,  how Germany had production but whose logistics were destroyed,  how Japan ran out of planes & pilots through bad economic planning.  Then assailing the podium & speaker after the mics were turned off.  I liked the appearance of a stooped bald pated rabble rouser with his baggy black & white checked shirt, 2 foot scraggly red beard.

Don't really know where he is today. Man jets around the country like he's playing hop scotch. The video is an hour and a half long. Somebody has a longer attention span than I do.

Posted by Chuck Pergiel at 9:33 AM