OK, "sighted" may be putting it a bit strong since it's on the bottom of the sea.

First view of a World War II-era Imperial Japanese Navy mega-submarine, the I-400, lost since 1946 when it was intentionally scuttled by U.S. forces. It now sits in more than 2,300 feet of water off the southwest coast of O'ahu. Press release here. Discovered in August, but just announced. 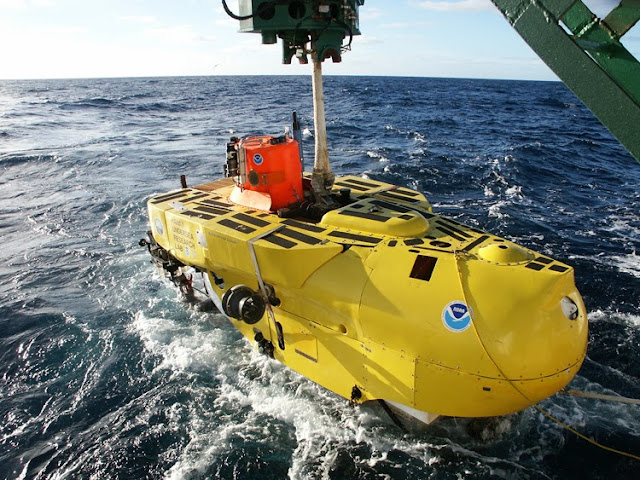 More WW2 era pictures of the I-400 here.
Update: Webpage about the I400, Storm From A Clear Sky - by John Geoghegan. Via Posthip Scott.

Posted by Chuck Pergiel at 9:28 PM