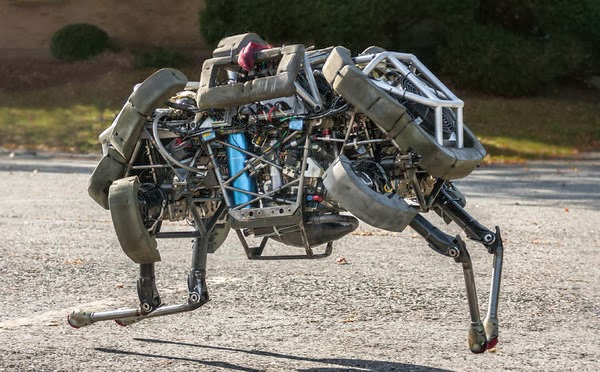 The great and benevolent Google has just purchased robot maker Boston Dynamics. The New York Times has the story. Why didn't I see this coming? Because Boston Dynamics is on the East Coast and Google is on the West Coast, or maybe because Boston Dynamics' biggest client is DARPA (Defense Advanced Research Projects Agency) and Google's motto is, er, was, don't be evil? I no longer believe the defense industry is inherently evil, though I do suspect the USA of creating more problems than we need to by running roughshod over the rest of the world. But maybe that's just the way people and money act. Money is like a power unto itself, and people don't always act in their own best interests.

Email ThisBlogThis!Share to TwitterShare to FacebookShare to Pinterest
Labels: robots