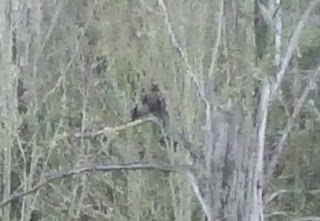 This looks like a pair of hawks. I did see one flying earlier, swooping down on some wretched miscreant. I thought my camera had a higher zoom level than 3, but maybe that was my old camera, the one I took apart to clean. The one that's still lying in pieces in a box upstairs.

Beer bottle with a flaw! Don't think I've ever seen anything like this before. And, yes, it is a real glass bottle. I wonder if this might have something to do with the new high strength glass some people, like Budweiser, are using. A bottle made of regular old glass with this kind of flaw wouldn't have made it to our house - it would have shattered before it got out of the brewery. Not too long ago I picked up a couple of six packs of beer in bottles. One was a local craft brew and the other was Budweiser. The craft six pack was noticeably heavier. An ounce of glass probably doesn't make much difference in the local market, but if you are running a nationwide fleet of trucks each one carrying a thousand bottles of beer, you might save a couple of bucks in fuel. Whether that will pay for the lawsuits from the guys who claim they found a live mouse in their beer, well that's another matter. 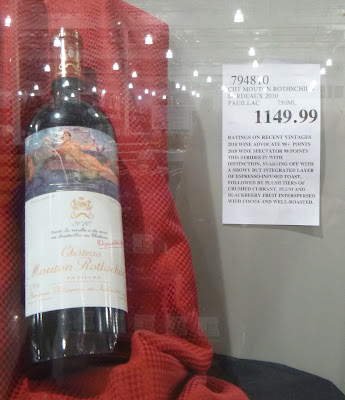 Saw this bottle of Chateau Mouton Rothschild at Costco the other day. I was impressed that they let me in the same room with it. It was locked in a glass case. I wonder how many of the people who drink this wine appreciate it. I am sure it is very good, but it would be wasted on me with my barely functional nose. I bought a magnum of Cook's Champagne for $7. 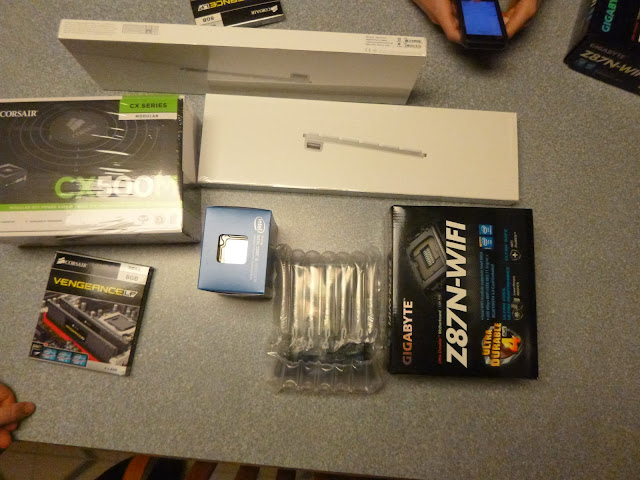 Both boy's Apple (Mac) laptop computers that we got them for school have died. Being children of the modern age, they were bereft. Being young, they are broke. Then they found that somebody had hacked a Mac together out of PC parts, so for around $500 they were able to cobble together a computer that runs the Apple OS (Operating System). They actually have them running. I saw the Apple logo at the top of the screen.

Posted by Chuck Pergiel at 5:50 PM