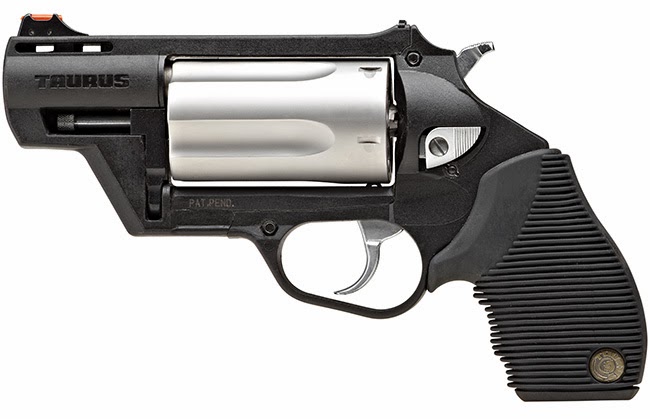 It must be the giant guns from video games that is warping people's perceptions. I can understand how a hand cannon can sound like a neat idea, and if a hand cannon is a good idea, a pocket hand cannon is an even better one, right? Yes, I suppose, unless you actually have to shoot it, it which case I think I would prefer the original, cast iron 1911 Army 45. James Bond carried 25 caliber Beretta Automatic, which isn't much bigger than a pack of cigarettes and he managed to get the job done. Tam mentioned this gun using her 1337 gun-nut nomenclature, so I had to go look it up.

Posted by Chuck Pergiel at 9:54 AM

Email ThisBlogThis!Share to TwitterShare to FacebookShare to Pinterest
Labels: Guns