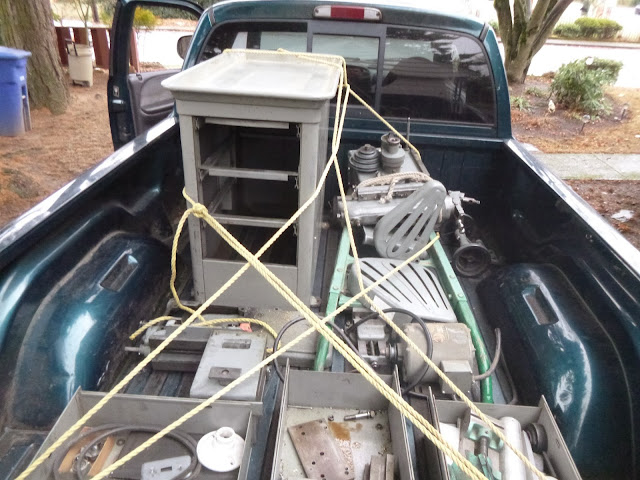 Helped Jack move his shaper on Monday. He and Scott had previously disassembled it but it was still a bit of a chore. The base and the cutting head were the worst. They each weighed something more than a hundred pounds. It took two of us to pick up the cutting head and set it on the floor. We tied it to a handtruck and I tried to pull it up the stairs, one step at a time, but I couldn't. It took both of us to get it up the stairs. It took both of us to carry the base upstairs as well, though it was big enough that it would have been awkward even if it didn't weigh a ton and a half.
Since this is Oregon it rained all the way back to Jack's house, but all the parts were coated with oil and we got them inside once we got there, so I don't think they suffered any damage.
Posted by Chuck Pergiel at 8:20 PM