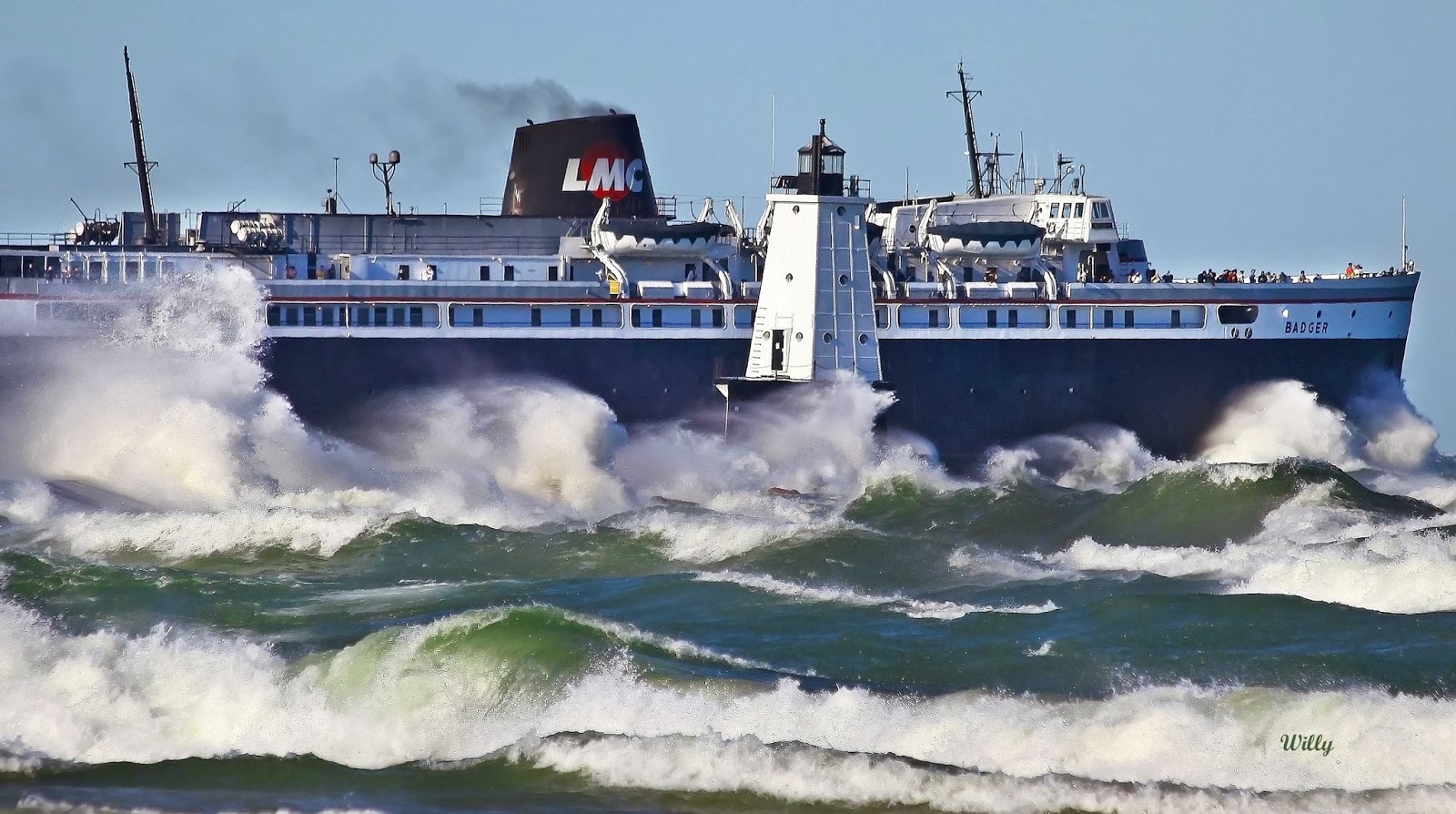 SS Badger cruises past the Ludington Light on its way out of port.


The SS Badger is the last coal fired steamship operating on the Great Lakes. It was originally built to carry railroad cars, but that came to an end in 1990. A couple years later it was refitted to carry passengers and cars and has been doing it ever since. 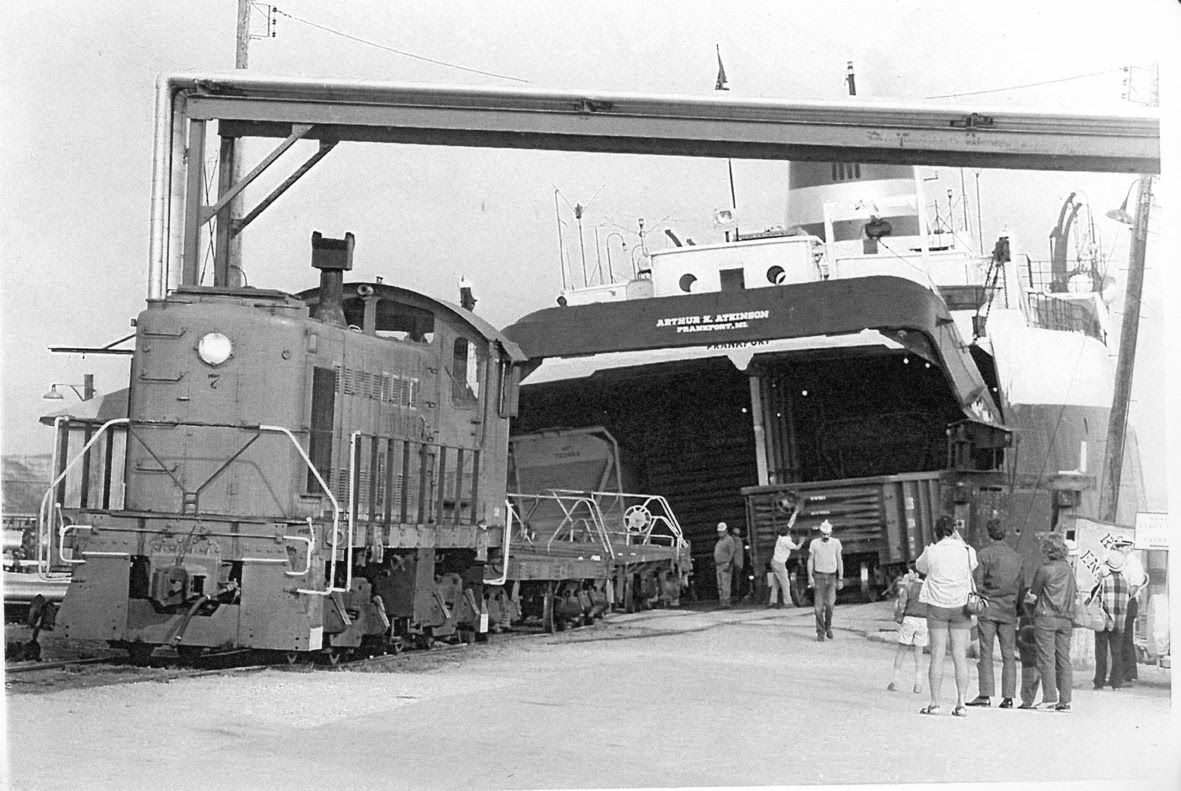 The Arthur E. Atkinson, out of Frankfort, Michigan, a similar vessel loading rail cars back in the day.

All vehicles, whether railcars or automobiles, are loaded from the back, which means the ship needs to back into port. It also means long vehicles, like semi-trucks, also have to back on. I don't know about cars. Having a hundred people trying to back cars down the length of this ship sounds like a bad idea.
Semis seem to be a regular part of their business, but I don't think it's enough to pay for the ship all by itself.

The Badger has two 8,000 horsepower engines. The crankshaft of each engine has four throws, each one holding one connecting rod that supports two pistons (picture at left): a small diameter, high pressure piston at the top and a large, low pressure piston in the middle. 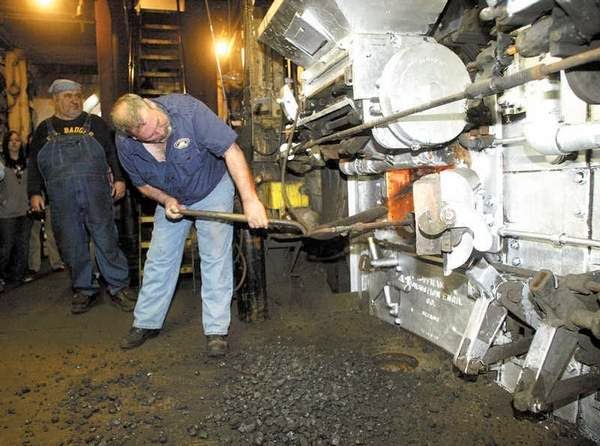 Here we are lighting the boilers in the Spring for the start of the season.

I think they must have automatic machines to feed the coal to the boilers. The Badger burns 50 tons of coal a day in its four boilers, and while a black gang of four could do it by hand (remember 16 tons?), I don't think that's how it's done.

One ton of coal contains the energy equivalent to 12,000 horsepower for one hour. Steam engines are only about 30% efficient, so each 8,000 horsepower engine would consume 2 tons of coal an hour. It is about 60 miles across the lake from Ludington, Michigan to Manitowoc, Wisconsin. The Badger cruises at about 15 knots, so the trip across the lake one way takes about four hours.

The engines are overkill for the light loads the Badger is carrying these days (compared to railcars), so they probably are not running at full steam. During the summer she makes two round trips a day, so three-quarter duty times 32 tons times twice a day, that's right around 50 tons. 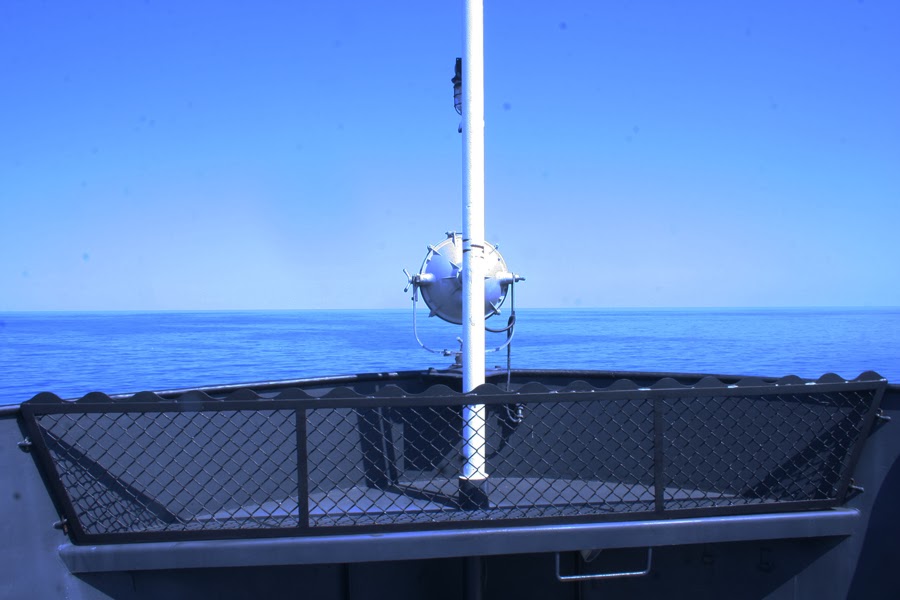 About an hour out of port all trace of land vanishes.

Posted by Chuck Pergiel at 8:40 PM

Re "trying to back cars".

I expect they would drive them down one side, do a tight turn at the bows and drive forward to the exit ramp.
So it would be uniflow traffic.
Big trucks and busses are loaded last and so only have a short distance to back out.
That's how they do it here on the non-rollon-rolloff ferries.

Thank you. I suspected as much, but in all the stuff I looked at I didn't find one mention of it.