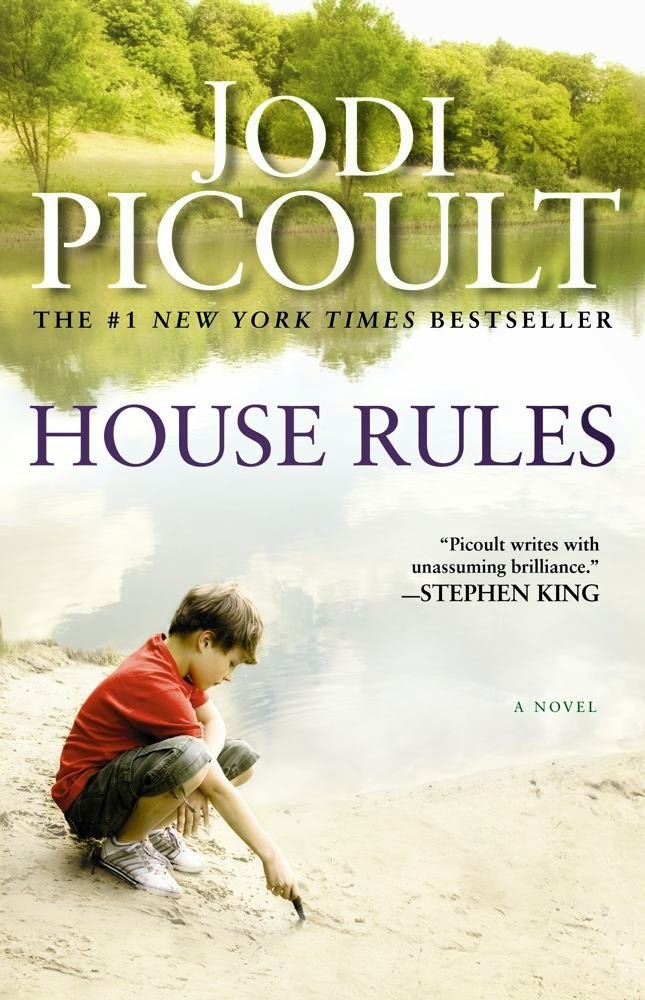 I noticed the blurb on the front cover by Stephen King: "Picoult writes with unassuming brilliance." and I thought well, maybe this book will be okay. I mean Stephen King knows a thing or two about telling stories. I'm not a big fan, but I've seen several of his movies and I've probably read a couple of his books.
Anyway, this book starts off great, the first half is just wonderful, I read that much in the first day or so. But then we start running into hiccups, and every time I hit a bump I put the book down for a while, so it has taken me a month to finish it.
The story is about a boy (Jacob, a young man) with Asperger's, his long suffering mother, his normal brother, and a small assortment of other characters. I don't think there are more than a dozen characters all told. Each chapter is narrated by one of the main characters.
There is a death, the police suspect foul play, and our hero gets indicted for murder. We know it's not murder and Jacob knows, but because he has trouble communicating he is unable to tell anyone this simple fact until we get to the very last page. Or next to last. Damn near the end, anyway. Because of this we get a lot of foolish behavior and people making assumptions that we know are wrong, and these are the bumps in the story that put me off. Same reason I don't watch comedies.
The one part of the book that didn't ring true (yes, even the bumps in the story were very real, annoying but true to life) was the chapters narrated by Jacob. Jacob is supposed to be more than a little wacko, obsessive-compulsive, prone to melt-downs, but his narration in the book is as crystal clear as anyone else's. Of course, you never know what is going on in someone else's head, and to Jacob, in his own head, his thought's might very well be crystal clear. It certainly made the reading easy. It may have been easier to write as well. I imagine that having to make up some kind of crazy talk would be a bit wearing.
I have a relative who is very much like Jacob, or so I surmise from what little I know of him. He lives half way across the country so I don't see him very often.

Posted by Chuck Pergiel at 2:12 PM

Email ThisBlogThis!Share to TwitterShare to FacebookShare to Pinterest
Labels: Books