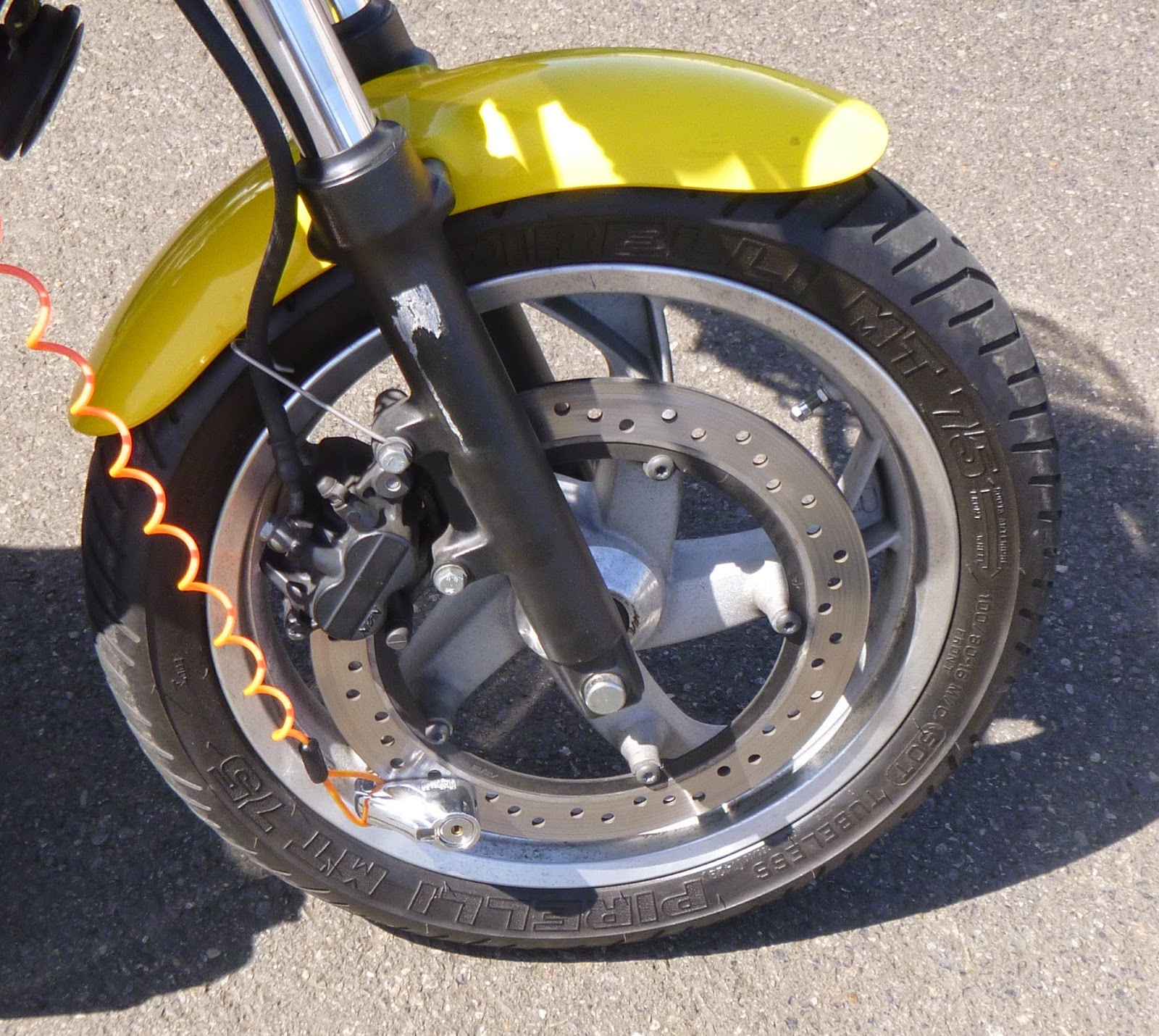 Saw a motorcycle parked outside a store the other day. What caught my eye was the day-glo orange coily-cord running down to the lock on the front disk brake. A clever idea methinks. The lock has a pin that goes through a hole in the disk which prevents the wheel from rolling, and the orange coily-cord reminds you that you haven't removed it. 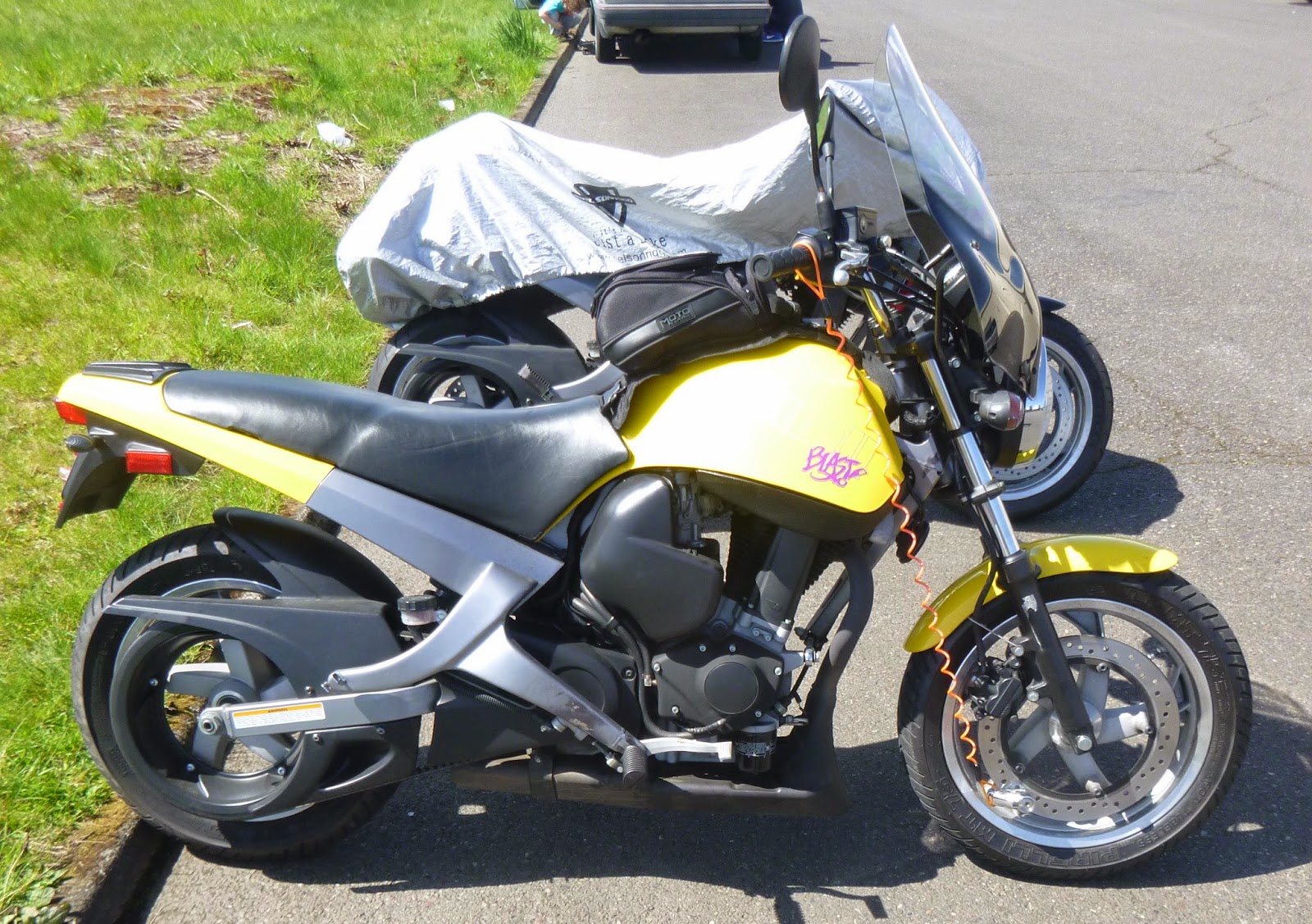 The bike is a 500cc single-cylinder Buell. Belt drive, mag wheels, single rear shock, radial tires (!?!?!). Looks like fun. Buell was on offshoot of Harley-Davidson that was eventually reabsorbed, shut down, and is now making a comeback as Harley's racing division, or something.
Posted by Chuck Pergiel at 10:52 AM

Email ThisBlogThis!Share to TwitterShare to FacebookShare to Pinterest
Labels: Motorcycles