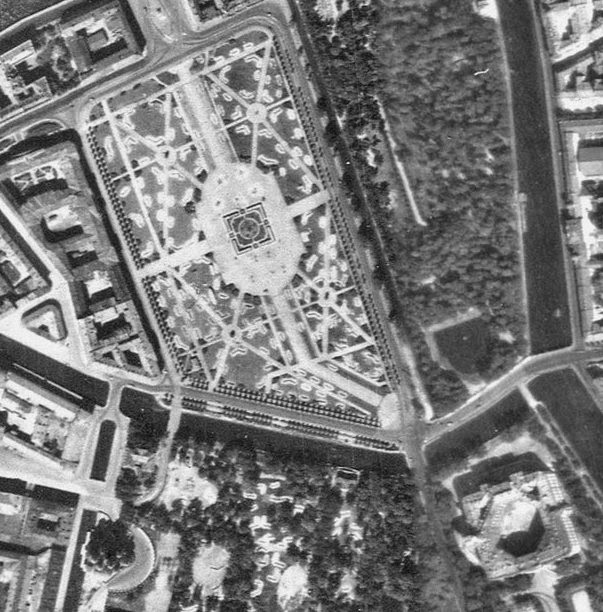 Someone has put together a website of old WW2 German aerial photographs of Russia. It's all in Russian, and Google translate doesn't help much. I was able to find St. Petersburg because the alternate name (Leningrad) is in parentheses, and parentheses are the same in both English and Russian. It's pretty cool because you can switch back and forth between these old WW2 aerial photos and current satellite images and maps, much like Google Maps, so you can compare.

Google Maps offers photos of places on the map, and if there are a bunch of photos, it will stream them to your screen, one after another, shifting and zooming so your point of view remains the same, or as much as it can. I suspect a few whiz kids got their doctorates developing this. Or maybe it's the work of just one crank working away in his basement. Not me, I didn't do it.

Posted by Chuck Pergiel at 8:47 PM