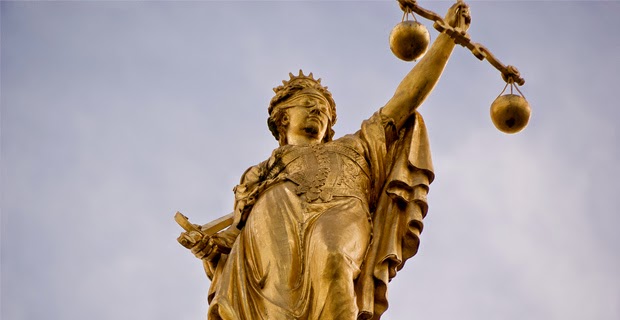 
as a result of US collusion with the rulers of a number of oil extracting countries, an artificial surplus of crude was created on the market and oil prices fell almost by a factor of four

Pffft. IF the US could actually do this there would be sufficient US reasons to do it based on our own economic interest and nothing else. Forget the USSR. The conversation would be something like:

Fade to the blinding light of American Justice.

Taken from a post on a Military Photos dot net forum by Mark Sman . Just the best thing I've read this morning. I was going to put a picture of a atomic bomb explosion up at the top, but then I thought that might be just a little too cynical, so I went with lady justice. This statue is in the UK, but we Americans inherited our legal system from England, and we are both glorious beacons so it will do.
Posted by Chuck Pergiel at 12:20 PM