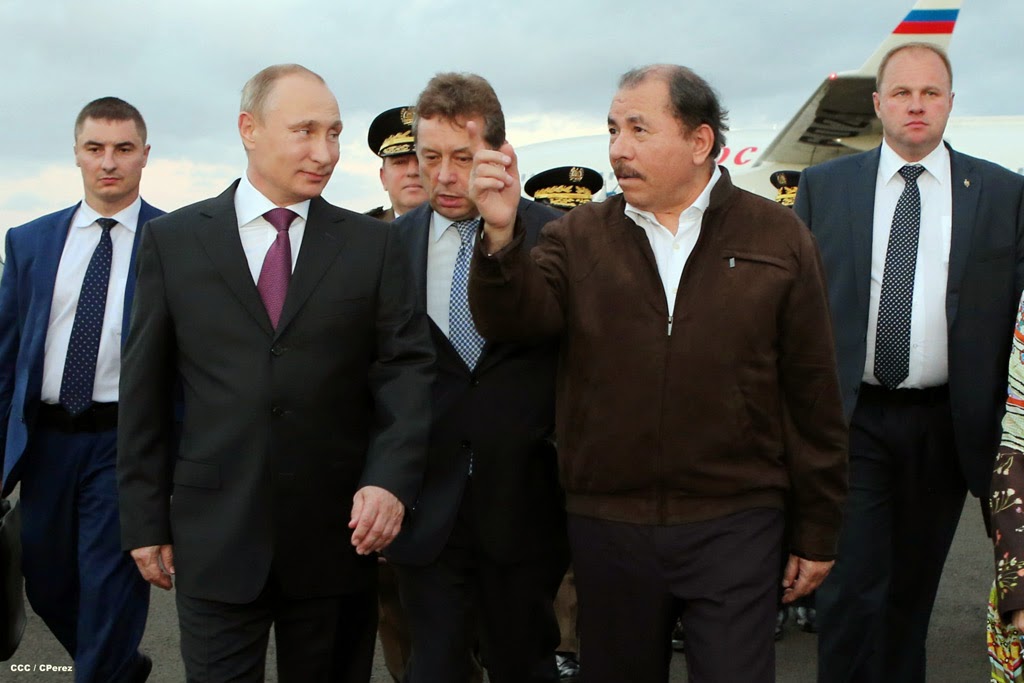 Russia's President Vladimir Putin (L) speaks to Nicaragua's President Daniel Ortega after arriving at the international airport in Managua. This is from July of this year. This photo could be real, but Putin looks photo-shopped. Guys in the front row have their jackets buttoned. Guys in the second row don't. Huh. Wonder why that is. Actually, no I don't.

China has signed a deal to build a canal across Nicaragua. It sounds like it could be a real deal. Russia might be involved. It makes sense that they would want their own canal across Latin America instead of being dependent on American's 'friend', Panama. Who is in charge of our foreign policy? Does it involve anything besides pissing on everyone else?
Posted by Chuck Pergiel at 8:56 PM