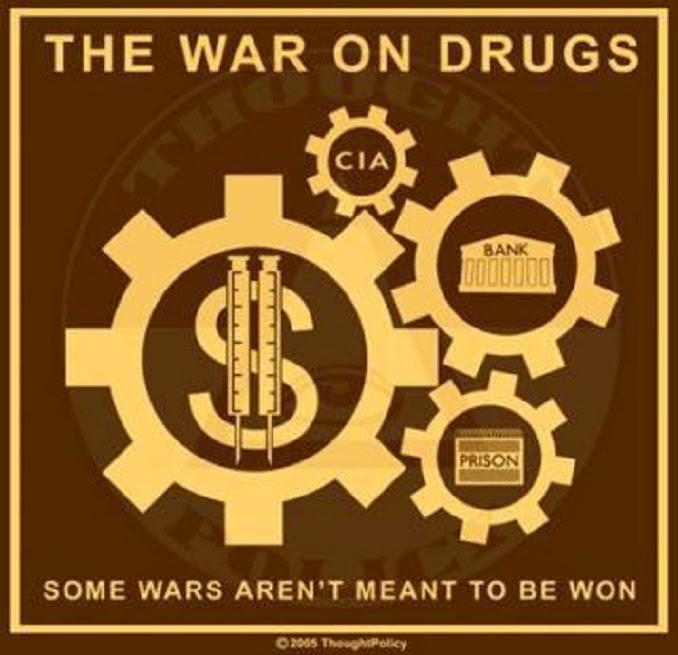 Putin Versus The American Drug Cartel

Roberta X has put up good post this morning about cops and cameras. She mentions Radley Balko and the (evil! boo! hiss!) Koch brothers. Radley Balko is such a weird name (sorry, Radley). It's almost like he took an ordinary name (like John Smith) and then rearranged the letters to make this weird name that would stick in people's minds, or maybe that's just my own personal affliction. Anyway, he made himself a name as The Agitator and has since moved on to bigger and more important things, like writing for The Washington Post.
I don't think I'll ever like the Koch brothers. Much like George Bush they are icons of evil in my mental pantheon of bad guys. Plus they have way too much money. I mean, we could be friends if they would just share a little of their wealth. A few million dollars, more or less, could easily sway my opinion. Shoot, they're so rich they probably wouldn't even notice. It's okay if they don't, I would probably blow it all on slurpy's and crayons anyway.
Anyway, our arbitrary drug policy is at the root of all evil in this country. Any time money is involved, politics naturally follows, and with drugs the politics is really, I was going to say dirty, but it's really a very well orchestrated conspiracy. With the amount of money being made from illegal drugs, and the amount of evil the police dispense in their drug enforcement activities I can think of no other possible explanation.
There are several facets to this problem:
Good story from 2009 about junkies and junk. Doesn't help my argument any, but it's still a good story.
Posted by Chuck Pergiel at 10:58 AM

"Radley Balko" has some interesting anagrams :-
All Keyboard, Leak broadly, and Balky Ordeal to name but three ;-)