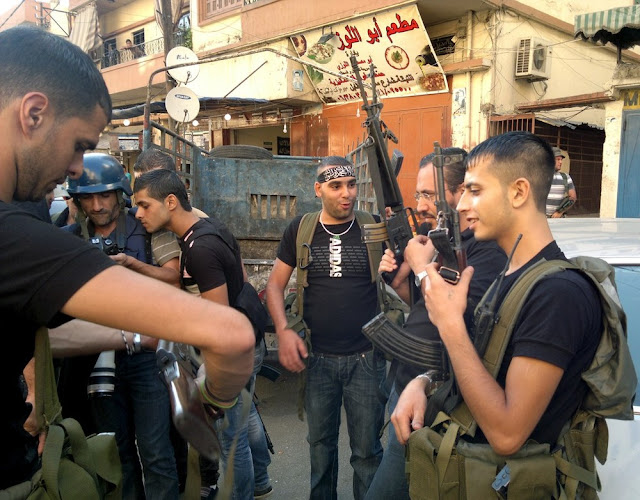 August 21, 2012. Rebels gather in the Bab al-Tabbaneh neighbourhood in the northern Lebanese city of Tripoli.(Photo STR/AFP/GettyImages)

Reading a post by EB "Comrade" Misfit this morning reminded me of something I'd been thinking about Assad and gun running.
I realized the reason machine guns are illegal is not because they are popular with criminals, but because they are popular with generals. An insurgency armed with automatic weapons is much more annoying than one armed with semi-automatic weapons.
Posted by Chuck Pergiel at 7:14 AM

Wrong label! Tripoli is the capital city of Libya. Nothing to do with Syria, nor is it Lebanese :-(

Yes, you might think that, and I thought it as well. But there is a Triopli, Lebanon.