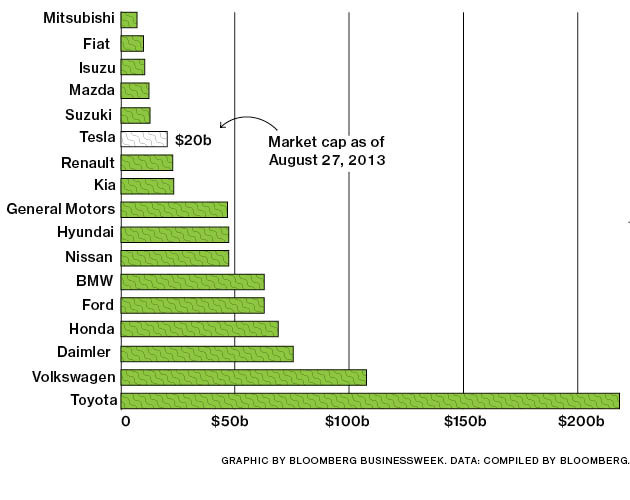 Everybody loves Tesla except me. They make the fancy electric car powered by laptop batteries. Nobody but me likes Mitsubishi. I don't understand.

Do the same calculation for Tesla and you get nearly $1,000,000. That's one million dollars, 50 times as much as Toyota, and 100 times as much as Mitsubishi. Tesla may be in fashion now, but sooner or later they are going to take a fall, and it's going to be a big one.

Posted by Chuck Pergiel at 9:53 PM