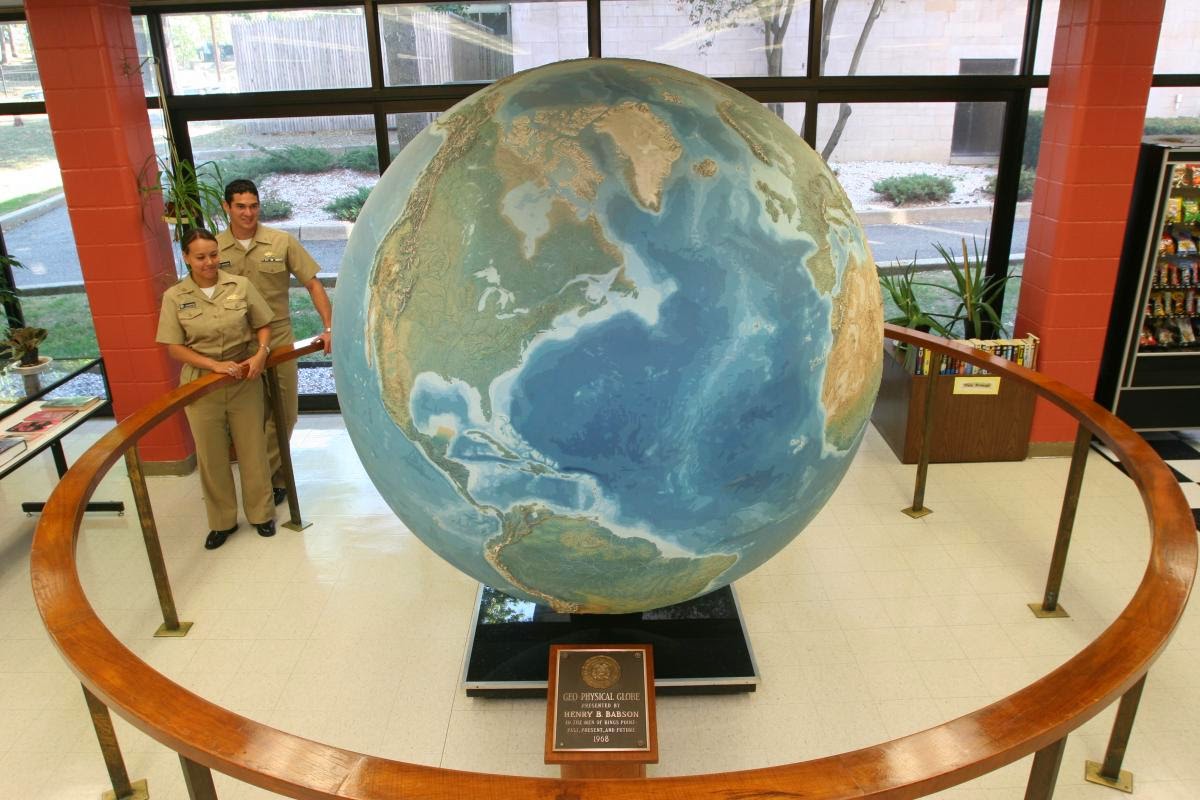 I have a globe. It is slightly larger than normal with a diameter of 16 inches. It is nowhere near as large as the Babson Globe shown above, but I like it. I'm thinking I should make some kind of mounting for it, and I got to thinking that maybe I should fill it with concrete so as to give it a more realistic feel. Set something like that to spinning on good bearings and it might be days before it came to a stop.
Then I got to wondering just how much a scale globe should weigh, so I did some checking. Here's what I found:
So the density of the Earth is midway between that of granite and steel. That makes a certain amount of sense. So how much would a scale model globe weigh with the same density as the Earth?
Then I got to thinking about the biosphere, the portion of the Earth where there is life, and I realize it's like the skin of a balloon, pretty damn thin, and fairly insubstantial. There are also some fairly sizable holes in it, like deserts, high mountain ranges and the polar regions. Our small size gives us a limited view, and gravity keeps us glued to the surface. Even though some of us have our eyes on the stars we are really all flatlanders.
Posted by Chuck Pergiel at 10:31 AM

So how high would Everest be on those 3 scales? How thick the atmosphere?