Miracle on I-84 Eastbound 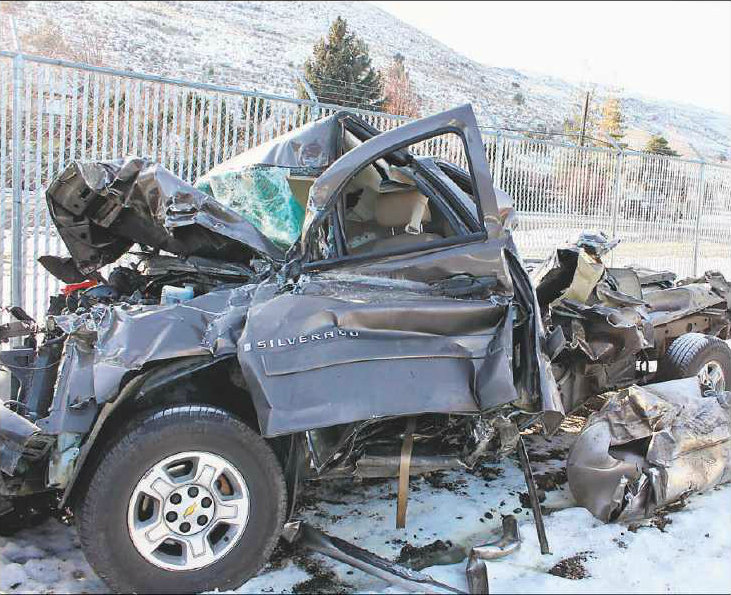 Pickup truck got caught between two semi-trailers in a massive pileup on Interstate 84 Eastbound near Baker City in eastern Oregon. Driver walked away with a blackeye and a couple of scratches. He was the only occupant of this vehicle. 12 other people were injured in the 26 vehicle pileup. Most of the other vehicles appeared to be semi-trucks. Kevin, the driver here, was only going 30 MPH. Black Ice has been named as the culprit.

This picture was on the front page of the Sunday newspaper, the paper version. I thought it was such a good picture I wanted to steal it for me blog, so I went looking through the on-line version. It wasn't there. With the subscription, you also get a digital facsimile of the paper edition, so I was able to swipe this picture there.

I still get the paper edition of the newspaper, though I keep threatening to cancel it. It only comes 4 days a week, it's tabloid sized, and all the sections are nested one inside the other and for some reason they are the very devil to separate.
Posted by Chuck Pergiel at 10:50 AM