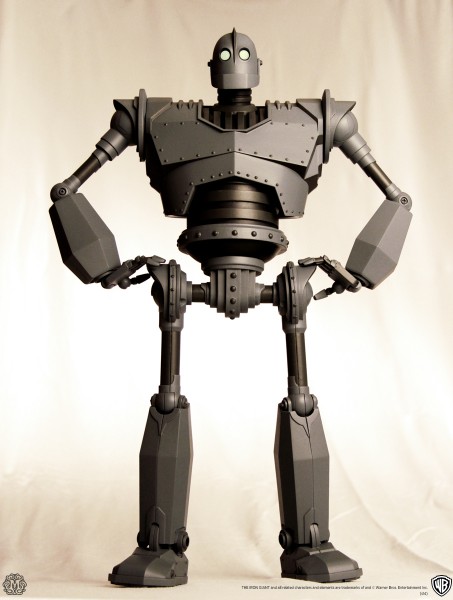 Contrary to their roles in movies, where the giant mechanical man is often involved in heroic or villainous activities, I see a more prosaic use in things like construction and perhaps search and rescue. Instead of using a crane to lift supplies to the top of a building, you could just bend down, pick things up and set them on top of the building. Imagine being able to step over small hills, or scale mountains with ease. A mechanical man capable of performing such tasks would necessarily be very sophisticated.

The operator would be strapped to a seat back leaving his arms, legs and head free to move about. An exoskeleton would follow the motions of his limbs and provide force-feedback, essential if we are going to have any precise control. Alternatively, we could use a three axis device to simply track the motions of the operators hands and feet, and then use a computer to translate the motions of the operators hands and feet into motions of the mechanical man's arms and legs. A three dimensional tracking device would be much simpler to construct than an force feedback exoskeleton, but the developing the computer software to perform the command translation (and force feed back) for the three dimensional tracker could be a difficult.

It would be a great deal of work to design and construct such an apparatus, but I think it could be very worthwhile. I do not think anyone has really considered what such a machine could do for us. Once people see one in action I am confident all sorts of applications will appear.

Of course there is one application that has already captured people's imagination and that is war. Unfortunately, that seems to be where we are willing to spend the most money. I would not be surprised to see the Department of Defense provide the initial funding for a project like this. Disappointed perhaps, but not surprised.
Posted by Chuck Pergiel at 8:36 AM