The Honourable Schoolboy by John LeCarre

There's supposed to be an accent mark over the last 'e' in LeCarre, but I don't know how to put it there and I am not inclined to find out. I mean it's a pen name for Pete's sake, it's not even his real name. And putting on the accent mark means adding another syllable when you say it, and who needs that? I suppose I should make the effort as I have really been enjoying his books lately. I've read half a dozen in the last few months and they were all perfectly wonderful. It wasn't always this way. I read one of his books a long time time ago and I didn't get much out of it. I thought it was horribly convoluted with too many incidental characters. But that was then, and now he's my current favorite. I'm still not putting the accent mark on the final 'e'.
This story takes place in Southeast Asia around the time that the USA is winding up our involvement in Vietnam. We hit all the hot spots: Hong Kong, Phnom Penh, Cambodia, Laos, Saigon. Looking at the map I noticed that Bangkok, Phnom Penh and Saigon (now known as Ho Chi Minh City) lie in a straight line. Rangoon and Calcutta, too, but they aren't part of this story. Bangkok is about 500 miles from Saigon as the crow flies. Check it out.

View The Honourable Schoolboy in a larger map

The story is all about people, but a couple of bits of technology get mentioned in passing. First was the "Elephant Cage" antennae at Ramasun Station (blue placemark on map). 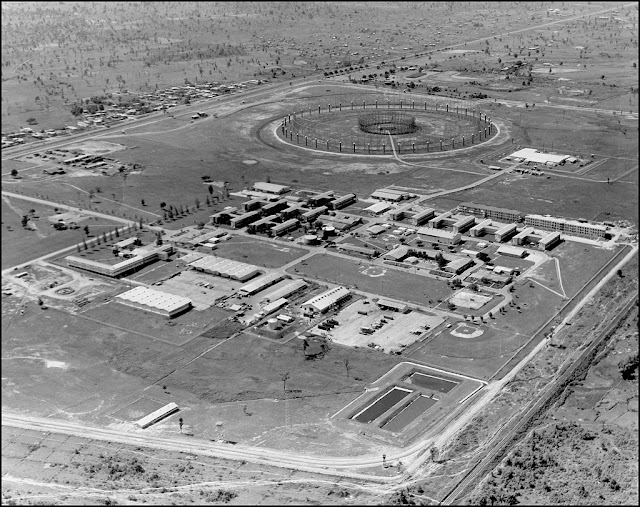 This was a high frequency direction finder radio antennae. They got their start during WWII as Huff Duff (HF/DF). When the Cold War started the USA built half a dozen of these things all over the world. With them we could pinpoint a radio transmitter anywhere in the world, or at least that was the story. I knew there was one in Alaska, but I didn't know there was one in Cambodia. They are pretty much obsolete now. I'm not sure if we are even using any of them anymore. 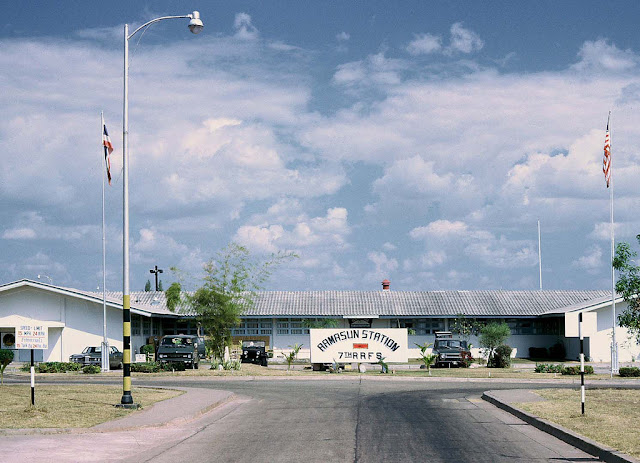 Ramasun Station was about 50 miles South of Vientiane, Laos, another focal point of the story.

Then there is the Carvair, an exceedingly ugly airplane originally built to ferry automobiles across the English channel. You might remember it from Goldfinger.

Last was the T-28 which I remembered as a military trainer. Seems it got drafted for use as close air support in Vietnam. (There was also a WWII Russian tank known as a T-28, but that's not part of this story.)

Update October 2019 replaced picture that disappeared when I fixed a typo.

Posted by Chuck Pergiel at 2:34 PM