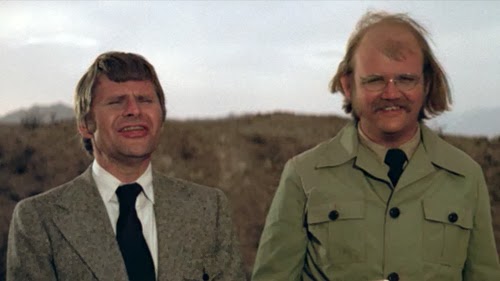 
Mr. Croup and Mr. Vandermaar were a similar pair from Neil Gaiman's Neverwhere. In the book, one was short and crafty, the other tall and not too bright. Both of them were dead (and smelled like it), but they still managed to be polite as they attempted to kill you in a painful and terrifying manner. 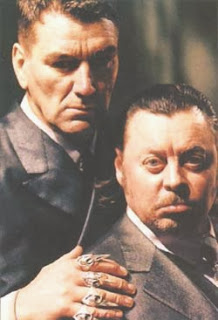 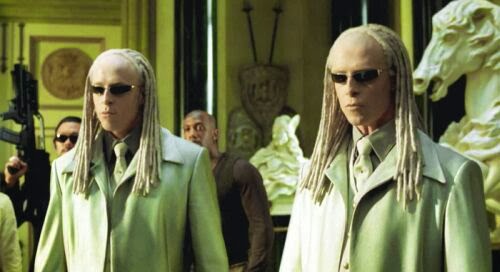 Just remembered the Twins from The Matrix Reloaded
Twin #1: We are getting aggravated.
Twin #2: Yes, we are.
Not quite as polite as the others.

Posted by Chuck Pergiel at 7:44 PM