Wirecard and the missing €1.9bn: my story | FT
Financial Times

The guy in the video is Dan McCrum, a reporter for Financial Times, London's version of The Wall Street Journal. Me thinks that the banks that lent Wirecard that four billion Euros weren't doing a very good job of making sure Wirecard was legit. If the Financial Times had not investigated they might still be flying high and siphoning money off into unknown pockets.
I got onto this from a story on Zerohedge, but that story didn't make much sense, possibly because it dumped me into the middle and I had no idea there even was something called Wirecard, much less that there were problems with it.
Posted by Chuck Pergiel at 9:38 AM 1 comment:


The Take is action packed. That's about all I can say about it. We watched it because we are big fans of Idris Elba (from Luther & The Wire). There were a couple of clever lines, but the plot was likely pulled out of a book of standard B-movie plots.
Kelly Reilly had a small part as some kind of CIA bureaucrat. I only mention her because I recognized her but didn't remember where I had seen her. It might have been True Detective or possibly Flight.
Richard Madden (Robb Stark from Game of Thrones) plays a pickpocket who hires an attractive young woman to distract the tourists by taking off her clothes and walking down the steps of a tourist hotspot while he steals all their stuff. That nets him a couple of bucks, but he's soon back at it and this time he steals a backpack from a very foolish young woman, a backpack that contains a bomb that goes off 10 steps after he dumps it in the trash. And then we have action.
On Netflix.
Posted by Chuck Pergiel at 9:23 PM No comments: 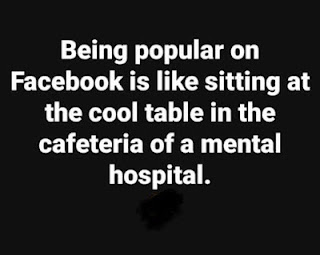 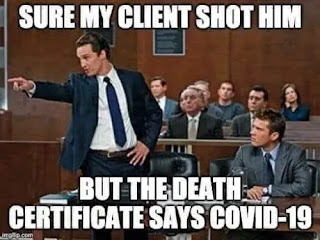 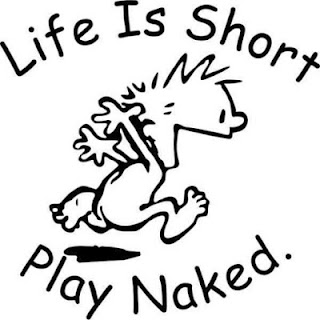 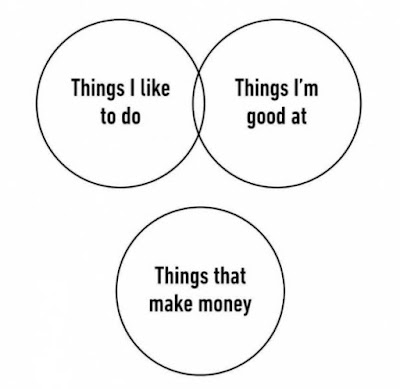 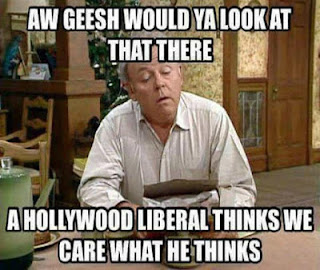 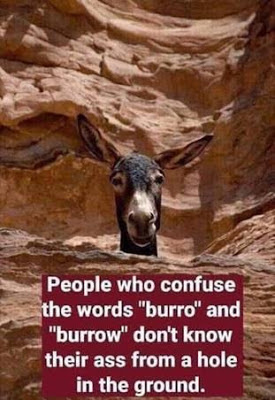 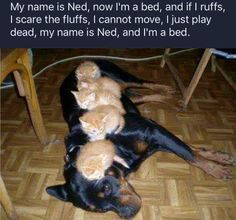 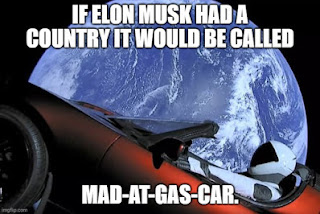 Posted by Chuck Pergiel at 4:17 PM No comments:

Email ThisBlogThis!Share to TwitterShare to FacebookShare to Pinterest
Labels: Funnies 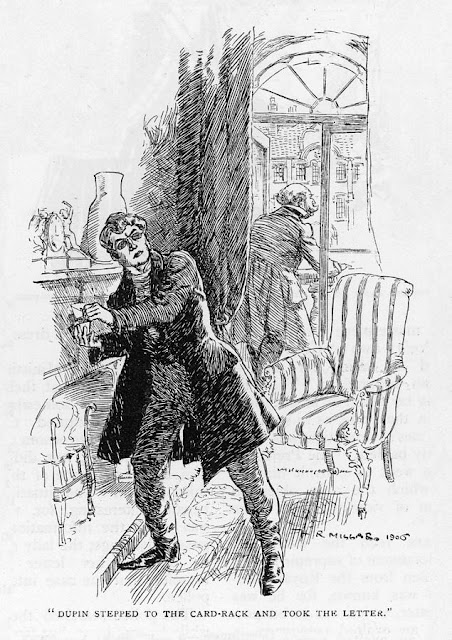 The Purloined Letter "Dupin stepped to the card rack & took the letter." Date 1906

The Purloined Letter is a story by Edgar Allan Poe. Borepatch mentions it in a post about secure data transmission. I got there from a link in his recent post How to Read Pravda. On a related note, Detroit Steve sent me a link to the TOR Project for enabling anonymous communication.

Posted by Chuck Pergiel at 12:30 PM No comments: 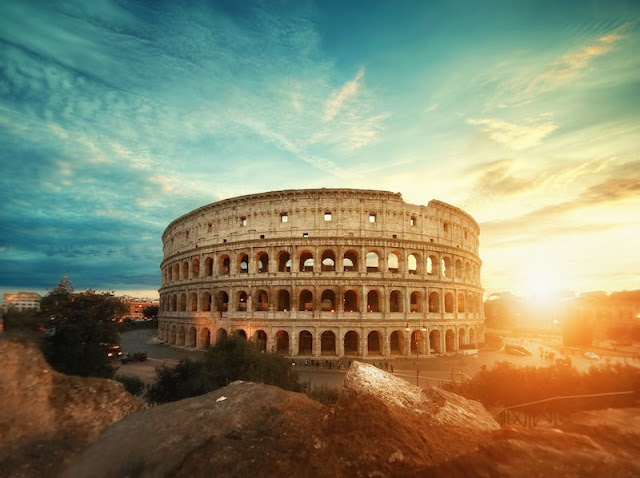 I am not happy with Blogger's new editor. Seems like every time I write a post I run into some new-fangled crap that gets in my way. This time it's the menu you get when you right click on a highlighted piece of text. Used to be, back in the good old days, back before these dad-burn whipper-snappers started running all over my lawn (get off of my lawn, you dad-burn whipper-snappers) you would get a little pop-up menu that included 'Search Google for blah-de-blah'. Now you get some other menu that does not include the search function. I don't know what any of the other menu items are, and I don't care, all I want it is the search function and now I have to point and click twice as much to get what I want. Bah, double bah and humbug.

Yes, I could move to some other Blogging platform, but that would be a lot of work and take a bunch of time and it probably wouldn't help because they are probably engaged in a feature war with Google and I'll have to deal with the same kind of crap over there besides having to learn my way around their oh-so-intuitive interface.

Eventually I imagine I will either subconsciously adapt, or if something bugs me enough I will take steps to learn how to make it work like I want. Why can't they just leave things alone? The old one worked well enough, why did they have to change it? Cretins.

Posted by Chuck Pergiel at 12:15 PM No comments: 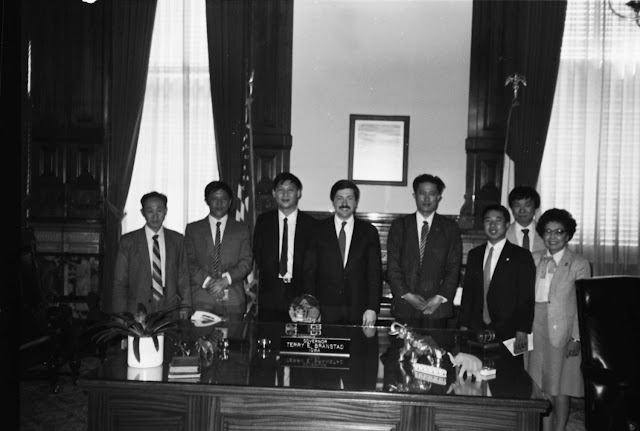 Terry Branstad has resigned as the American Ambassador to China. I noticed this as it's kind of a big deal as international relations go, but also because Terry was the Governor of Iowa, my wife's home state.

The internet was full of news when his resignation was announced, but those stories didn't tell me much, so I asked Google to keep me informed. This morning I get a link to a story in the Des Moines Register.

Seems that way back in 1985 Xi Jinping, the current President of Communist China, paid a visit to Iowa where he met Governor Branstad. They maintained contact and this was no doubt a factor in Branstad becoming our Ambassador to China.

Posted by Chuck Pergiel at 11:50 AM No comments: 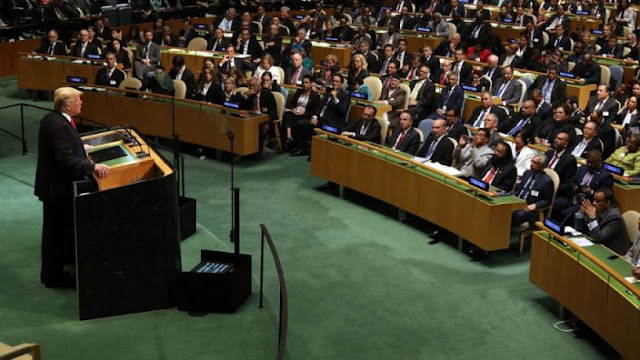 I've sort of been wondering who this Trump character is. People make a lot of noise about him, telling me he's terrible or great, but I haven't really gotten a sense of who he is until I read this piece by Tom Luongo on GOLD GOATS 'N GUNS. I am not sure I agree with or even completely understand everything Tom talks about in his article, but a couple of things stand out:

Trump understands just how big the problem he’s taking on is. He lacks any sense of tact or diplomacy, understanding only blackmail, extortion and the Big Ask as negotiating tools.

Trump has embroiled himself in a chaotic mess of interlinked skirmishes with all the major players of the world.

He likes to operate in chaos because that’s how you keep your opponent off-balance, leaving them vulnerable to a mistake, while he keeps his eye on the thing he’s wanted all along.

And in this case it is to restore the U.S.’s sovereignty from the hands of people who are dead-set on destroying it. And he wants this in the worst way imaginable and, unfortunately, that’s usually exactly how he goes about it.

Trump knows what he wants and he's going after it, bulling and cajoling his way along, (and I imagine throwing temper tantrums or sulking) as suits his purpose.

There are a great many more powerful people running around loose in the world than there were 60 years ago when Eisenhower was President, and they are all scheming to advance their position or at least to protect their turf, and I think you would have to have been party to a number of big business deals to feel the effects of these forces and  really understand their impact on your world.

Sitting in my cave at the end of a wire, I only get a glimpse of what's going on in the world and I kind of like it that way. Keep all your belligerence away from my door. Best of luck to all those lucky men venturing out to compete against their rivals.