Artifact of the Day 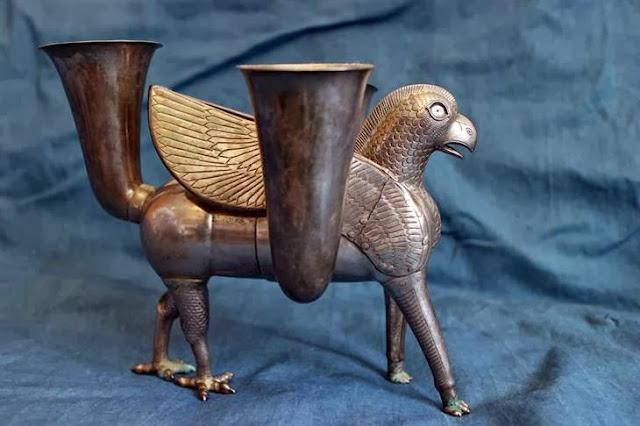 Persian silver drinking cup from the 7th century B.C., cast in the form of a griffin.

It's thought to be part of the Western Cave Treasure, a hoard of ancient silver that was found in a cave near the Iran-Iraq border in the late 1980s. Smugglers attempted to bring it to the U.S. back in 2000 where it was seized by Customs. This week it went back to Iran. Diplomacy at its finest. Blah, blah, blah.

I'm no expert on antiquities, but I'd say the workman ship on this piece is outstanding. I'm not quite sure whether I buy the "drinking cup" bit. I'm inclined to think it had some other purpose, a purpose that would have been obvious in 700 B.C., but which has been completely forgotten. Maybe it was used for something like collecting drool from three headed goats.
Posted by Chuck Pergiel at 6:58 PM