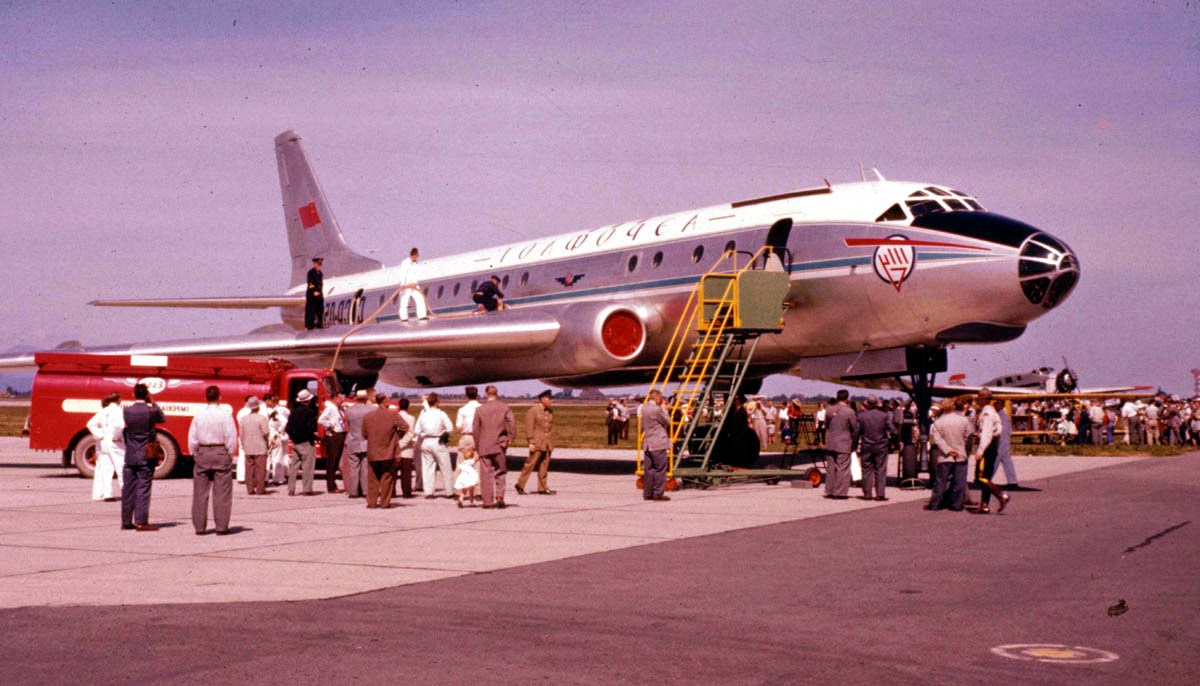 Tupolev Tu-104 at Goosebay Labrador enroute to Cuba in 1961.

Comrade Misfit put up a YouTube video featuring the Soviet Tu-104 jet airliner along with this comment:


Between the time that the Comets were withdrawn and the 707 entered service, the Tu-104 was the only jetliner in the skies.

Huh, I didn't know that. I've never even heard of the Tu-104, so off to Wikipedia we go, where I find this line:


... the Tu-104 was the second to enter regular service (with Aeroflot) and the first to provide a sustained and successful service ...

OK, now wait a minute, I thought the Boeing 707 was the first successful airliner. Lets see what Wikipedia has to say:


Although it was not the first jetliner in service, the 707 was the first to be commercially successful.

The key difference here is the word commercially, which I think means it was built by capitalists, not communists. Communists cannot be commercially successful, can they? That would be, like, I dunno, against their religion or something.

The 707 was roughly 50% bigger (length, wingspan, mass, payload) than the Tu-104 and carried four podded engines. The Tu-104 had two engines embedded in the wings. Having the engines in pods makes maintenance easier, which is important if you want to be "commercially" successful. Not so important when you are trying to see if the dang thing will even fly. Boeing built over a thousand 707's. There are still some flying. Tupolev built 200 of the Tu-104 and the only ones left are in museums. 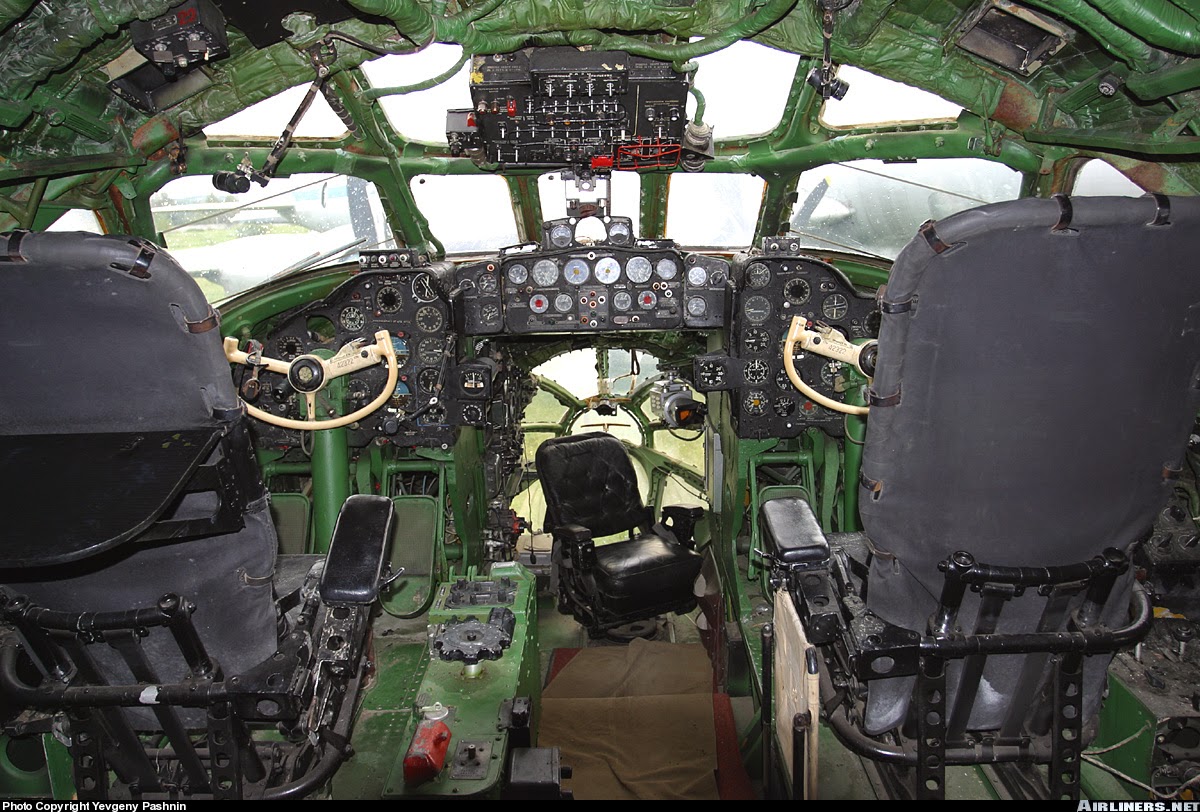 Tupolev Tu-104 Cockpit, or Box Office, depending on your point of view.
Note the bombardier's, er, navigator's seat in the nose.

Posted by Chuck Pergiel at 1:12 PM