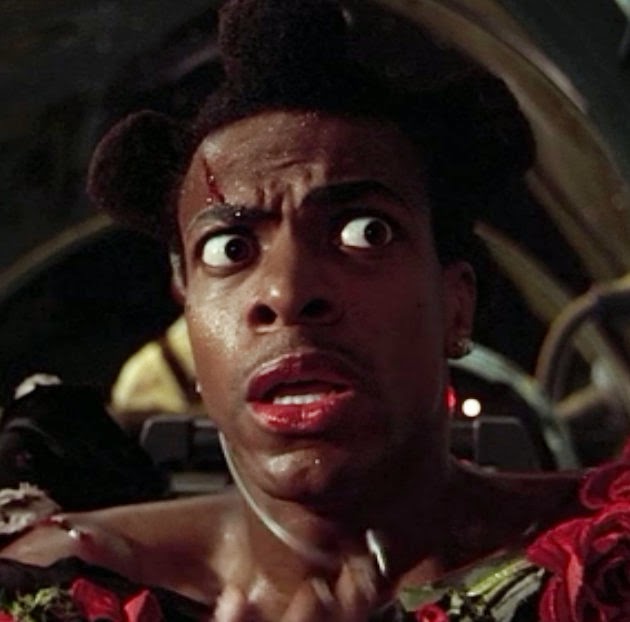 I'm watching the end of The Fifth Element this evening and we come to this scene where our heroes are escaping from the exploding cruise liner. Here we see Chris Tucker dazed and confused and I cannot believe that anyone has eyeballs that white and that big. I'm thinking the special effects people must have stepped in and photoshopped his eyeballs. So I go a Googling, but I'm not finding anything about Chris and his eyeballs, but I do find a series of videos about the efforts of the special effects guys to create some of the many creatures that inhabit this film.
Then I stumble over a YouTube video of Mythbuster Adam Savage talking about his 13 year old project to recreate the Zorg ZF-1 tactical assault weapon, which leads me down the rabbit hole, where I eventually find: 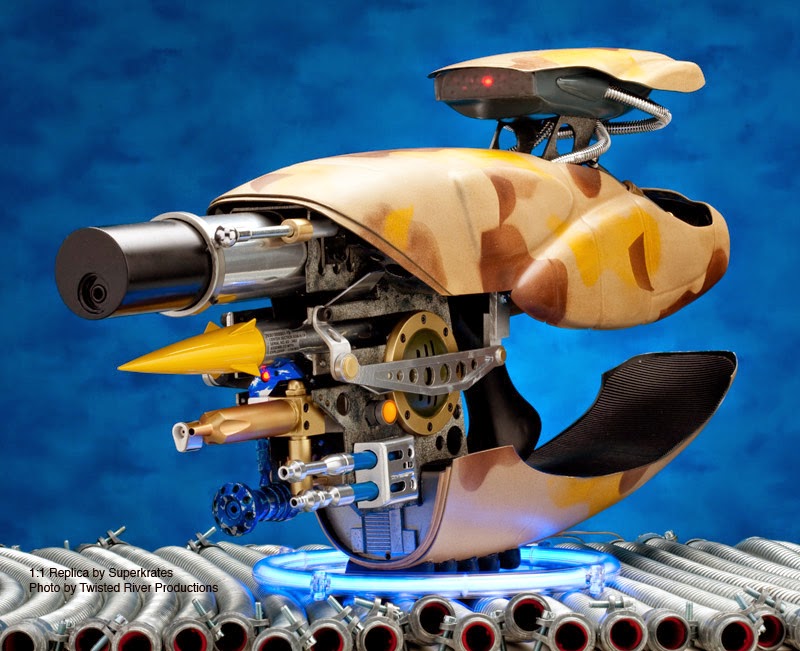 Seems some fans have finally managed to recreate a ZF-1 that is at least as real as the one in the movie. You can even buy one if you are feeling flush, or a kit if you want to get your hands dirty.

Now the way all these props have been hidden away makes me think that someone thinks they are still valuable, so I check the finances. The movie cost $90 million when it was made 17 years ago. Wikipedia tells us that the movie has grossed over $250 million dollars, so presumably it paid. However, it didn't reach that total until 2012. Looking back at the first six months it only grossed some 60-odd million, so I suspect that it has been a generating a small but constant stream of revenue, small being a relative term, like a million dollars a month.