The Truth behind the Megavideo Takedown 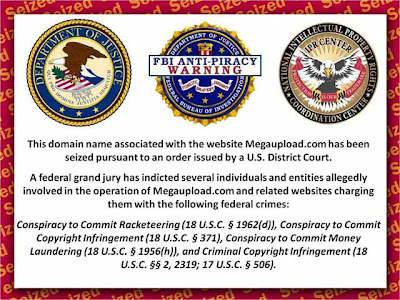 Megavideo, aka Megaupload, head honcho Kim Dotcom was the bestest player in Call of Duty: Modern Warfare 3. What is not so widely known is the Attorney General's daughter was the number 2 player and she has been trying to unseat Kim baby for eons (years, days, minutes, nanoseconds). AG Holder got tired of the whining and decided use his awesomest powers to put a stop to it. He signed a warrant for Mr. Dotcom's arrest. It's really true. Honest. I heard it at lunch yesterday. None of my friends would make somethng like that up, would they?

Posted by Chuck Pergiel at 4:10 PM