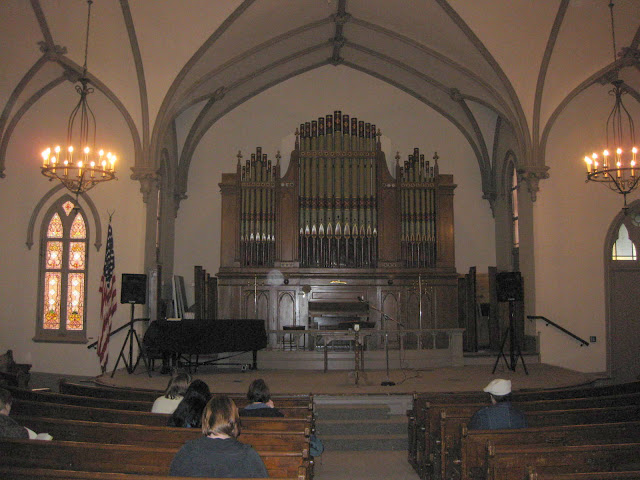 I went to a meeting of the Willamette Writers last Tuesday evening at The Old Church in downtown Portland. That's the pipe organ in the picture.

Laura Whitcomb gave a talk about some of the tricks/techniques she uses for writing a book. At one point her latest book "The Fetch" was the number 3 best seller in its' category on Amazon, right behind Twilight #1 and Twilight #2. She spent 20 years writing her first book, but once she got it published, the publishers started asking for more, and now she has four books on the market.

I was talking with a small group of people after the presentation. One of the people in the group was Working Kirk Reeves. He was dressed in a white tuxedo. He reminded someone of a character in the video of Blondie's Rapture. I like Blondie, and I remember listening to this song, but it's really very silly. Nonsense actually. And this is where we take a right turn into Voodoo land.

Someone else suggested that perhaps he was dressed as a voodoo character. That would be Baron Samedi, who actually wears a black tux. But it's something every witch doctor should know. This picture is a character from the James Bond movie "Live and Let Die". 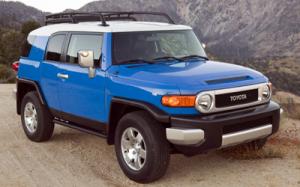 Another writer tells me the color of his Toyota FJ is Voodoo blue. Now tell me the spirits were not at work here.

You know, I think that was KINK Reeves. He plays trumpet and fourteen other things on the on-ramp to the Hawthorne Bridge, for coins.